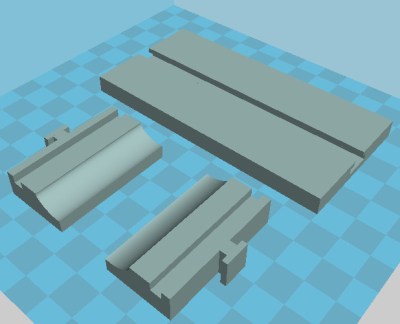 So there are a lot of printable PCB vises out there; enough that picking one to take a close look at was actually pretty difficult. But there were some things that I really liked about this particular design which for me made it stand out among the others.

For one, you don’t need any additional hardware. Many of the printable vises I found required smooth rods, bolts, nuts, etc. If you’re going to buy smooth rods and bolts to build the thing, you might as well just buy a proper PCB vise. I know there’s going to be different opinions on this one, but personally I tend to gravitate to designs that can be used with a minimum amount of additional hardware.

The other factor I liked is how easy of a print it is. The design is very forgiving, and doesn’t require a fine tuned printer to produce a workable vise. Models which have complex features such as printed threads obviously need a much better tuned printer, which is fine if you’re a 3D printing fanatic, but that certainly doesn’t describe everyone.

As expected, this is a very easy print. I’m not a big fan of all the parts being in one “plate” like this as it increases the chances of failure, but it worked well enough for something this simple. I’d recommend using .2 mm layer height on this one as the curvature on the jaws looks pretty nasty if you go much higher, and the overhang in the central channel is already tricky enough. The base may give you some trouble if you don’t have a heated bed, as large objects with right angles are notoriously prone to warping at the edges.

The channel in the base is wide enough that no cleanup was necessary, just pop the pieces off of the bed and put them together. On the other hand, the wide channel makes it so the jaws themselves are rather loose. This doesn’t seem to hurt functionality once you’ve got it put together, but there were a couple of times the jaws popped out of the base which was annoying. 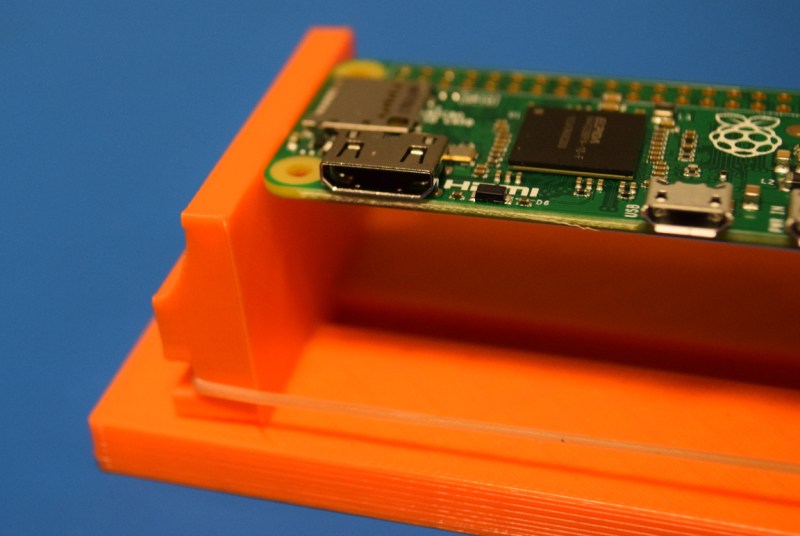 Functionally the vise works, and the rubber band actuation is great when you find the proper sized one, but I was a bit disappointed by the jaws. The face of the jaw is printed flat on the bed, which means it has a fairly smooth finish (more or less so, depending on your build surface). With such a smooth finish it’s just a bit too easy for the PCB to slip down in the vise, which defeats the purpose somewhat.

As [Delph27] released this design under the Creative Commons license, we are free to remix and improve the model however we see fit. So I made a couple of changes based on my impressions after using the original model which I think are worth mentioning.

The edges of the base are rounded so they are less likely to curl up during printing, and I also made large cutouts down both sides to reduce the print time and amount of material required. I also redesigned the channel down the center to print a little cleaner, as the original had a pretty harsh overhang that not all printers would necessarily be able to handle.

The jaws are identical except for the addition of a little notch at the top where you can rest the edge of the PCB. This has greatly improved the grip of the vise, and I can put more pressure on the board without worrying about it popping out.

Whether you go with the original or my tweaked version, I think this little gadget is a must-have. It prints quickly, doesn’t take much filament, and if you can find a rubber band lying around on the floor you’ve got all the “vitamins” you need to complete the build. I won’t claim it’s the best printable PCB vise available, there are some pretty slick looking designs out in the wild, but this must certainly be the most practical.

“Printed It” is Hackaday Column where we take a look at useful tools and gadgets you can make with a desktop 3D printer. We’d love to hear your feedback about this column in the comments, and if you have a design you think would be a good candidate for a future installment, let us know.