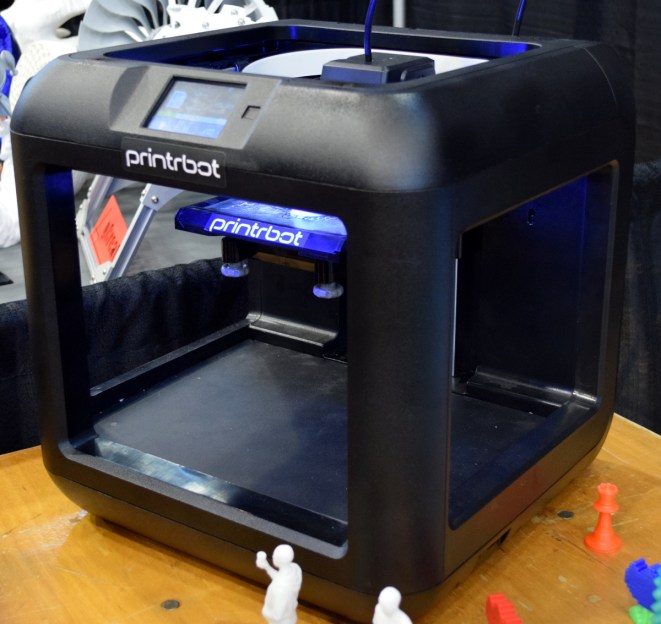 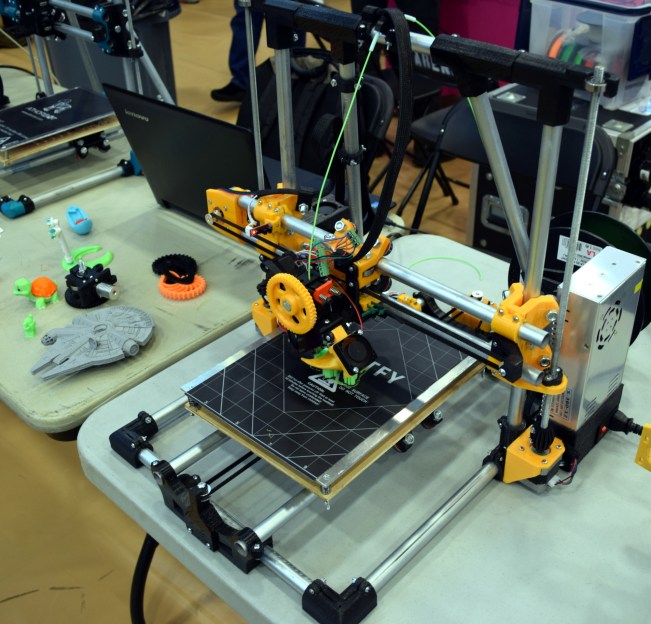 Designed by Alex Balako, the Piper 1 is a fantastic example of a self-replicating printer. This Prusa i3 style design uses standard 1/2 inch EMT electrical conduit for all structural components, with printed parts to hold everything together.

The advantage of using EMT conduit over something like aluminum extrusion is easy to see: conduit is ridiculously cheap, easy to work with, and available in any big box hardware store. For approximately $6 USD, Home Depot will sell you enough 1/2 EMT to build the 200x300x200mm variant of the Piper printer with plenty to spare.

It also makes the Piper extremely easy to expand to arbitrary dimensions. Cut some longer EMT lengths, get new GT2 belts, and you’re in business. Alex has plans available for a 500mmᶟ variant, but the limits on scaling the Piper are more logistical (I.E. where are you going to put the thing) than mechanical.

If the construction looks familiar to Hackaday readers, it’s probably because the Piper was inspired by the fantastic Mostly Printed CNC (MPCNC) project. Just like the MPCNC, the Piper uses sets of 608 skate bearings in a “Y” configuration to ride on the EMT rather than the linear bearings you would expect on a more traditional 3D printer.

That said, the design isn’t without problems. Alex has found that some of the structural pieces were failing on the original version of the printer because of the orientation they were being printed at. The pieces would simply peel apart on the layer lines, necessitating a redesign for the new version. The ability to quickly and easily iterate the design like this is a hallmark of the RepRap ideology.

Rigid, light, and eminently hackable, the Piper is definitely a design to keep an eye on if you want to build a big printer or perhaps even a laser cutter. Light CNC work wouldn’t even be out of the question. 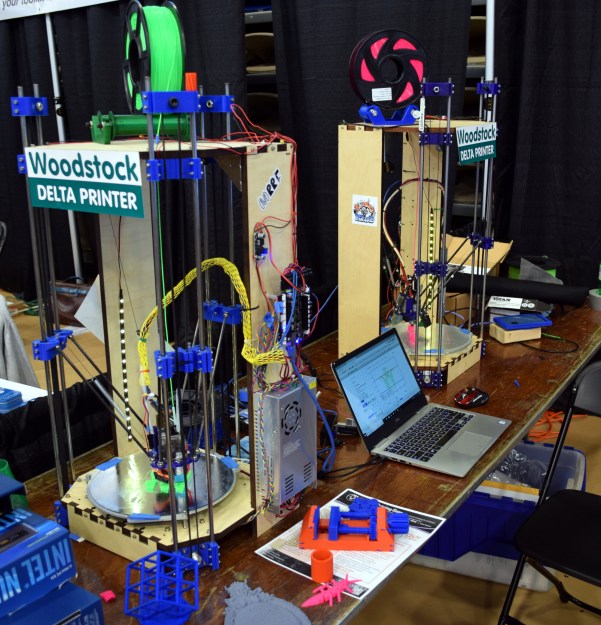 Truly a testament to the power of open source, the Woodstock by John Pickens is largely based on the Rostock design, but incorporates a multitude of improvements and changes he either designed himself or found online. He provides links to each design he’s incorporated into the Woodstock, along with a brief description of what modifications he made to it in order to get it to play nice with all the other tweaks and mods. It’s hard enough to get somebody to properly comment their changes in a software project, hat’s off to John for properly documenting everything.

The most obvious changes are the laser-cut plywood frame of the machine, as well as the extended vertical rods. John says cutting the frame on a laser makes for a more precise and rigid printer, but let’s be honest, it also just looks a lot cooler. The extended rods, in addition to some newly designed boxed idler pulleys, allow for easier adjustment of belt tension by simply sliding the whole assembly higher up the rods.

The Woodstock also features a modified end effector that can accept E3D’s direct drive Titan extruder, rather than the Bowden setup used on the Rostock. As you might expect a number of other components were beefed up to support throwing around this added weight, and judging by the printed pieces on display, it looks like John got everything balanced out pretty well. Some RepRap purists might protest at the laser cut panels, but overall, the Woodstock looks like a very promising option if you need a DIY delta printer in your life. 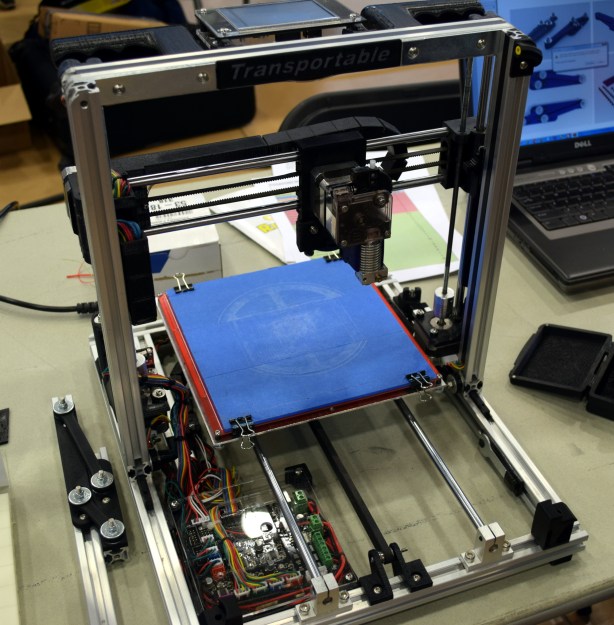 Admittedly not everyone needs a 3D printer that can fold up into a carrying case, but we’re willing to bet that anyone who sees this fantastic feat of engineering by John Diamond will want one. The “Bergen Makerspace Transportable 3D Printer” as it’s called looks like a normal enough i3-style machine when unfolded and in operation; so normal in fact you probably wouldn’t give it a second glance. But with the turn of a few thumb screws, this machine can be folded down and packed up for transport, literally in seconds.

There isn’t one single design element that allows for this rapid transformation. Multiple details on the Bergen Makerspace printer work together, starting with an option on the machine’s touch screen control panel named “Pack Up”. That commands the printer to move the extruder into a specific location so that when the vertical section of the printer is folded forward it won’t collide with anything.

John is particularly proud of the hinge design, which moves the top section of the printer rearward as the user folds it down towards the front. This allows the top and bottom parts of the printer to fit within the same footprint without sacrificing Z height. With the top folded down and locked to the bottom, integrated handles allow the machine to be picked up and placed into the Hofbauer Megabag 3000 carrying case. There’s even straps and cradles to hold extra filament, the power supply, and a bag of tools.

While packing up to head to ERRF, John mentioned that the printer fell out of the back of his vehicle and onto the street, causing a momentary panic. But beyond some scratches on the case, you’d never know the printer had just gone through a short drop and a quick stop. Once it was unfolded, it printed along merrily as if nothing had happened.

We won’t sugar coat it: actual RepRap printers on display at the East Coast RepRap Festival were few and far between. When you can buy a delta printer for <$200 USD on Amazon right now, the work involved with building something like the Woodstock looks preposterous. But here at Hackaday, we’re big fans of the preposterous lengths some people will go to make sure something is exactly how they want it.

We salute the proud few who are still fighting the good fight, and building 3D printers to their own personal specifications. Even if it takes longer and costs more; in the end you’re the proud owner of a one-of-a-kind machine instead of just another commercial product.

24 thoughts on “Open Source DIY Printers Are Alive And Well: What We Saw At ERRF 18”