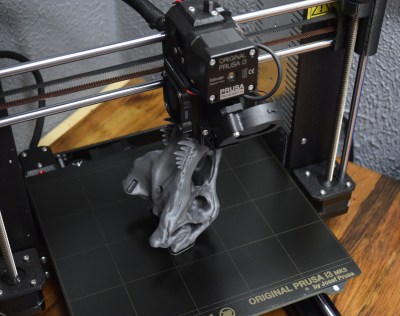 Before going any farther, I want to address what is surely the biggest question for anyone looking to buy the Prusa i3 MK3: which bed surface to choose?

Prusa continues to struggle to produce enough of the powder coated PEI beds to keep up with demand, and as of this writing, there’s an additional three-week lead time on the beds themselves. In other words, the kits are ready to go right now, but if you want the upgraded bed, which comes at no additional cost, your kit may end up sitting in a pending status for up to three weeks while you wait in line to get the bed.

The main difference between the standard and upgraded beds is the surface texture of the printed parts. The standard bed leaves a bottom which is shiny and almost mirror smooth, while the powder coated bed gives the bottom of prints a matte textured surface. While the textured bed in theory should have even better adhesion thanks to an increase of surface area, it’s largely an aesthetic distinction.

So should you wait? Personally I didn’t, and received the standard bed which consists of a replaceable PEI sticker on a spring steel sheet. This is still a fantastic bed, with phenomenal adhesion and some of the easiest part removal I’ve ever experienced with a stock 3D printer bed: simply remove the spring steel sheet and flex it to pop the parts off. It’s also worth noting that, eventually, the powder coated beds will be added to the Prusa online store for separate purchase at $25 USD. 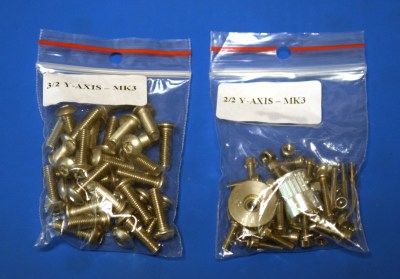 I’ve built my share of 3D printers over the years, and I can say confidently that this was the best kit I’ve ever assembled. If you’ve been put off from ordering the MK3 kit because of the perceived difficulty of assembling it, don’t be. The MK3 comes with a printed assembly manual (though checking the online version gives you the benefit of seeing comments from other owners) and the bags of parts are separated by assembly step. You don’t need to lay out all the pieces on a big table to find that one specific part; just grab the bag that corresponds with the current step of assembly, and you have everything you need.

It was also nice to see a well-stocked “Spares” bag that has at least one extra of nearly every piece of hardware in the kit. This is especially important as the kit makes use of somewhat uncommon fasteners, such as square nuts. That said, there are still a few tiny parts in the kit that don’t have any spares, such as the bearings inside the extruder, so a tray to securely hold the lose parts during assembly is a must.

Incidentally, the kit does technically include all of the tools you need to assemble it. But given the number of screws, and the fact you want them pretty well torqued down in most cases, I would suggest using a lightweight screw gun with a reliable clutch so you can quickly run in screws with consistent torque.

While the kit and the documentation is fantastic overall, there were a few areas which slowed me down during the build. The main one was undoubtedly getting the frame squared up early on. You need to screw the aluminum extrusion to the vertical frame, and the manual explains that it’s critical to get this assembly as square as possible for optimal performance. But the manual fails to specify just how close it needs to be, nor does it give much in the way of guidance for adjusting it if you find the alignment to be off.

After consulting the comment section of the online manual, as well as various forums online, I eventually came to two conclusions: not only is it nearly impossible to get the frame perfectly square, it also doesn’t matter a whole lot. The printer will automatically compensate for a slight misalignment, and officially Prusa considers anything under a few millimeters of deviation to be normal.

Another problem area is mounting the linear bearings on the bottom of the printer’s bed. Rather than a specific bearing holder, the MK3 uses a single U-bolt in the center of each bearing. These not only don’t hold the bearing down particularly well, but are far to easy to over (or under) torque. If you put them on too tight the bearing can deform, but too loose and they can rattle around. The best advice the manual can give is to hand-tighten the nuts and then turn them an additional 90 degrees with the supplied pliers. Frankly it feels rather sloppy, and it’s something I would hope to see addressed in the future. As it stands, it would arguably be better to just hold them on with zip ties.

The Prusa i3 MK3 makes use of an incredible number of printed parts. If it isn’t electronic, a fastener, or part of the frame itself, it’s probably printed. The reasoning for this is simple: not only does it allow Prusa to make incremental changes to the design without having to retool their entire production, but it allows the end-user to upgrade their own printer to keep up with upstream changes if they wish. In theory it’s a great idea, and works fine for probably 85% of the parts in the printer, but I feel it’s somewhat overused. 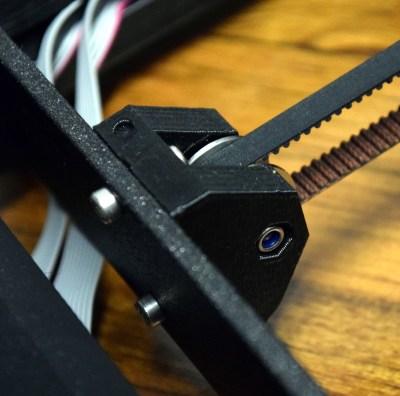 Case in point, the printer’s Y axis. Both the bracket for holding the stepper motor and the opposing pulley are simple blocks; with no provision for adjustment, or really any unique design elements at all. Both parts could be made faster and stronger by simply using bent aluminum brackets. With a drill press and a vise, a worker could produce a dozen of these parts in the time it takes to print one. For parts that seem unlikely to go through any significant design revisions, it seems strange to keep them as printed.

It isn’t just a matter of production bottlenecks, in some cases the printed parts may be a liability. Within the first fifteen hours of printing on my MK3, one of the printed parts came apart along the layer lines. To be fair this was something of an anomaly, and Prusa support was fantastic about sending me a replacement part for free. But for a printer that costs $1,000 USD (in its assembled form), it’s a little concerning that success or failure might ultimately depend on issues such as layer adhesion in its printed components.

After putting a few hundred hours of prints through the Prusa i3 MK3, I almost feel foolish when I think of the amount of time I’ve spent fiddling with lesser printers to get results that still weren’t as good as what the MK3 consistently puts out. The very first print I did on the MK3 after assembling it, with absolutely no additional calibration or adjustment, was phenomenal. Other printers are only cheaper if your time has no value, or you enjoy the struggle.

From a usability standpoint it’s still not a perfect 3D printer, though perhaps such a thing isn’t possible. But the dizzying array of sensors and functions packed into the MK3 certainly puts it about as close as you can get. The ability to detect and recover from things like loss of power and filament jams are arguably worth the price of admission alone.

The Prusa i3 MK2 was already an excellent printer, but the new features added in the MK3 combined with the available multiple material upgrade really puts this machine on the cutting edge of desktop 3D printing. In the end, if you’re looking for a printing workhorse that you know can get the job done, this is the machine for you. Unfortunately, if you’re more interested in the tinkering and fiddling which has been a hallmark of 3D printing up to this point…those days might be numbered.