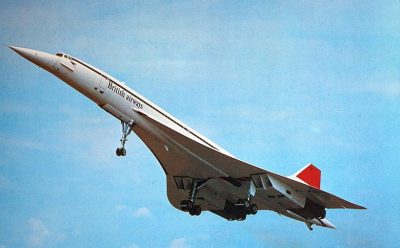 An Engine with Pedigree

Jet engine technology has advanced quite a bit since the Olympus 593 engine which powered the Concorde fired up for the first time in 1966. Advancements in material science and computerized control systems have made engines lighter and smarter, and GE intends to fully capitalize on all those advancements with Affinity. But that’s not to say the engine is a completely new creation; in fact, its lineage can be tracked back to a time not so far removed from the Concorde.

GE designed the F101, their first turbofan engine with an afterburner, to power the Rockwell B-1 Lancer strategic bomber in 1970. Even though the B-1 itself suffered through a rocky development process, the engine was an unqualified success and ended up being spun off into two different successors: the F110 for fighter jets (such as the F-14, F-15, and F-16) and the CFM56 for civil use.

While the CFM56 was completed in 1974, it wasn’t until the early 1980’s that it started seeing use in the civilian market. There were some critical issues with early versions of the CFM56 which lead to several fatalities, but these were addressed in subsequent revisions of the engine. It eventually went on to become one of the most popular turbofan’s in history, with a cumulative flight time approaching one billion hours.

Affinity is based on the proven CFM56 core, with optimizations for supersonic operation such as a smaller fan diameter to reduce wave drag. The engine will also use the latest in Full Authority Digital Engine Control (FADEC) technology to improve efficiency and reliability in subsonic and supersonic modes. With a maximum speed of around Mach 1.6 it will fall a bit short of the Concorde, but is still twice as fast as modern airliners such as the Airbus A330. Reportedly a cruise speed of Mach 1.4 was selected as a compromise between performance and efficiency, while still allowing the engine to adhere to noise regulations during takeoff and landing.

Wagon Built for a Thoroughbred

Of course, a new supersonic civilian engine doesn’t do much good if there’s no aircraft currently on the market that can utilize it. Like its predecessor the CFM56, Affinity will be arriving to the party a bit early. When manufacturers are ready to start developing new supersonic civilian aircraft there’s going to be an engine waiting for them, and GE will have the market cornered.

But they might not have to wait as long as they did for the CFM56. A number of supersonic passenger aircraft are currently being developed, with the farthest along being the Aerion AS2. Designed in conjunction with GE and the legendary Lockheed Martin “Skunk Works”, the AS2 is a business jet that is currently slated to begin operation in 2026. Test flights however could start as soon as 2023, which coincides with GE’s plans for Affinity.

While Affinity and aircraft like the Aerion AS2 are exciting prospects, they’re still years away from entering service and anything can happen before then. Just like the loss of VSS Enterprise and co-pilot Michael Alsbury pushed back Virgin Galactic’s plans for civilian suborbital flights, an incident during the testing of AS2 could derail supersonic passenger flights for years. Both GE and Aerion have stated they see no serious technical hurdles with the program, but the fact remains that both engine and aircraft are today little more than CAD files and press renderings.

But even with cutting edge technology, some of the key challenges the Concorde faced such as high ticket price and limited supersonic routes still remain. Even if a new generation of civilian aircraft and engines can pierce the sound barrier, breaking the economic barrier might still prove the greater challenge.