It Never Hurts to Try

A recurring theme throughout Michael’s talk is the way that events occasionally unfold unpredictably, and that sticking to the “safe” route can sometimes take you out of the running for potential opportunities. Even if you aren’t sure something is going to work out in your favor, give it a shot anyway. At worst you’ll waste some time, but if you’re lucky, that shot in the dark might just end up paying off. 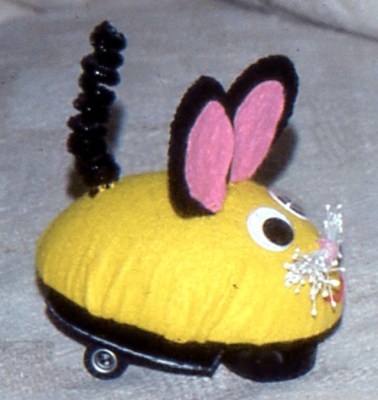 As an example, Michael tells a story about the robotics contest at the National Computer Conference in New York City. He had received a free ticket for himself thanks to his entry into a robotics contest which was happening at the Conference, but the cost of buying a ticket for his wife was more than they could afford. At the last minute they assembled a robot for his wife to enter which was little more than a bump-and-go car with a cute fabric mouse body.

The mouse wasn’t meant to be a serious entry, it was just a hack to get her in the door for free. So it was no surprise when it was eliminated immediately for failing to navigate a maze. Michael’s robot ended up not faring much better, as his competitors were better funded and more advanced. But when the television news cameras started rolling, their story ended up being more interesting than the robotics competition itself. The two worst performing entries in the contest ended up being the ones shown on the news, getting Michael and his wife widespread attention.

Forge Your Own Path 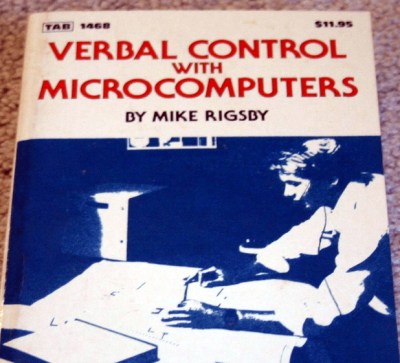 Michael also has some thoughts on the adversity that creative individuals often face when they refuse to take the road most traveled. He says there were several times when people told him that his latest idea wouldn’t work and that he was wasting his time. He admits that occasionally they were right, and that you shouldn’t necessarily ignore established wisdom outright. But sometimes it pays to follow your instincts and see where it takes you.

When Michael first saw the Texas Instruments Speak & Spell toy in stores, he was so impressed with it that he took it home and tried to figure out how it worked. He wrote an article for Byte magazine with his theories on how the device functioned, which was met with criticism from readers who claimed his analysis was flawed. But soon after he received a phone call from one of the toy’s designers congratulating him on his reverse engineering. A few weeks after that, he was contacted by a publisher asking if he’d be willing to write a book on the subject. Not bad for a flawed analysis.

If you’ve ever wondered if it was worth chasing down that wild idea or putting together a project that may or may not work, Michael Rigsby wants you to know you aren’t alone. Take a chance, and see where it leads you. Who knows? Some day in the distant future you might end up telling a packed room all about it.

13 thoughts on “Inventors Chasing Their Dreams; What It’s Like To Quit Your Job And Hack”