Ballooning Complexity For A Floating Project 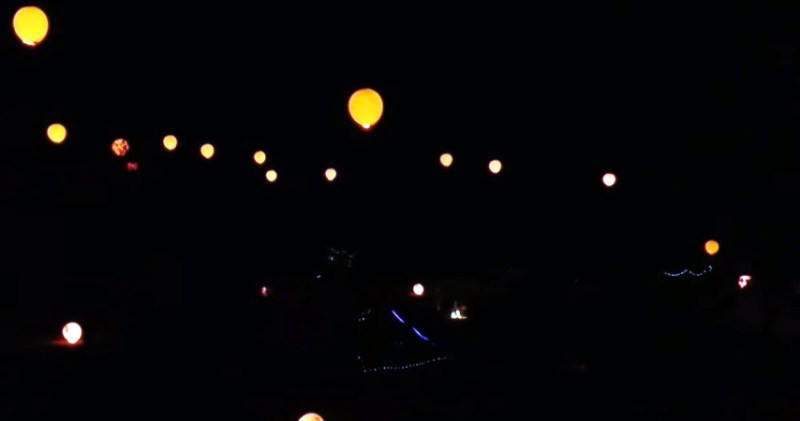 Initial ideas of an LED or two thrown inside a cheap balloon proved to be impractical, as it turns out balloons don’t illuminate very well without significant quantities of light. Samy considered several options and eventually settled upon a line of either the well-known “neopixel” WS2832 or the “dotstar” APA102. At this point the project crossed the threshold from being a quick bit of fun for a party to being a significant engineering challenge: with only a few grams of helium to provide lift the LEDs, controller, and battery would have to meet almost impossible weight standards.

His talk becomes a fascinating look at the various communication options, for example we find that the WiFi protocol originally had a provision for an infra-red physical transport layer, and that an in-balloon microcontroller might be unnecessary were the LED commands to be sent directly over the radio link as a serial stream. Eventually though he chose the cheapest microcontroller he could find, the ATtiny24, and the Nordic NRF24L01 wireless modules. There are interesting points to glean from his explanation of NRF24L01+ networking, how each balloon can be given its own address as well as the whole constellation having a broadcast address.

The choice of batteries for a power-hungry string of LEDs became a problem, limited by the constraints of what can be lifted by a helium balloon. The humble AA battery for example may have astounding bang-for-buck in power terms, but is a surprisingly weighty prospect. An unexpectedly simple solution came with the balloon being tethered by a wire supplying 48V power to a small buck converter board.

If World Events Won’t Give You A Lift, Make Your Own

Surprisingly he even looked further at the lift gas, deciding helium might be a little expensive due to a dispute between Gulf neighbours threatening world supplies. It’s not every day we write about somebody making their own hydrogen as a lift gas, but he tried it before deciding the prospect of fire and unwanted chlorine as a side effect just wasn’t worth it.

Finally we are taken through all the pain of writing the code to fit in the ATtiny24’s meagre memory, with some excellent tips on optimising ATtiny assembler. The tether wires were assembled on-site after disastrous tangles in trials, and the software was controlled through TouchDesigner by a Thalmic Myo gesture sensor. Early tests were run, before it was time to head for the campsite to try it for real. The culmination of the talk is a video showing the balloons in action, giving us even more hankering for the summer.

The talk as a whole is of course about much more than sticking a few LEDs in balloons. LED projects are ten a penny, and in a sense the LED portions of this one are not particularly special. What makes this talk special is the detail into which he went to solve the unusual engineering problems presented by the constraints of the inside of a balloon as his platform, as well as the entertaining dead-ends such as the hydrogen experiments that he was prepared to travel down. Expeditions in engineering such as this are what makes the Hackaday community special, and we consider ourselves privileged to report upon them.