It’s a story as old as time: you need to swap between your custom license plates, but you can’t find a screwdriver and you’re already running late for a big meeting at the Business Factory. You called AAA to see if they could come out and do it for you, but as luck would have it something must be wrong with your phone because the line was disconnected as soon as you explained the situation. As if life in the First World couldn’t get any more difficult. 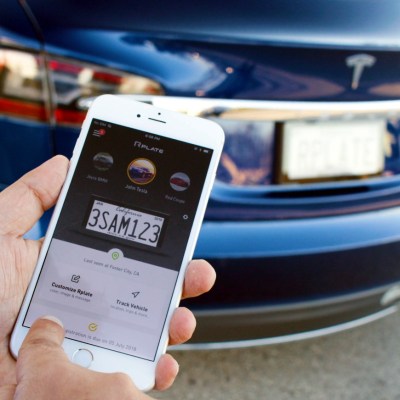 Luckily, a company called Reviver Auto has come up with a thoroughly modern solution to this age old problem. Assuming you live in Arizona, California, and Michigan and are willing to pay $800 USD (plus a small monthly service fee), you can join the Rplate revolution! Less a license plate and more of a “cool-looking, multi-functional digital display and connected vehicle platform”, the Rplate will ensure you never again find yourself stuck on the side of the road with an unfashionable license plate.

What’s that? You’ve had the same license plate for years, possibly decades, and have never given it much thought? Well, in that case the Rplate might be sort of a tough sell. Did we mention that someday you might be able to display the current weather on it while your car is parked? Of course, if you can see the license plate you’re already outside, so…

This all might sound like an out of season April Fool’s joke, but as far as I can tell from reading the Reviver Auto site and watching their promotional videos, this is essentially the value proposition of their line of Rplate digital license plates. There are some admittedly interesting potential extensions of the technology if they can convince other companies and systems to plug into their ecosystem, but given the cost of the Rplate and the few states in which it’s currently legal to use, that seems far from a given at this point.

But of course we’re fans of weird and wonderful technology here at Hackaday, so we should give this device a fair shake. On the surface it might seem to be a solution looking for a problem, but that’s often said of technology ahead of its time. So what exactly is the Rplate, how does it work, and where does it go from here?

Reading the handful of in-depth reviews of the Rplate that are floating around on the Internet, at least one specifically mentioned that Reviver Auto told them they weren’t allowed to open the device to examine its internals. This sounds like a big red flag to us personally, but to give them the benefit of the doubt, they may have been worried about some journalist breaking their demo model Rplate. It doesn’t seem like an Rplate owner has treated the Internet to a teardown yet either, which given the high price of the device and limited userbase, isn’t terribly surprising. All told, details on its internals aren’t easy to come by outside of the official promotional material. 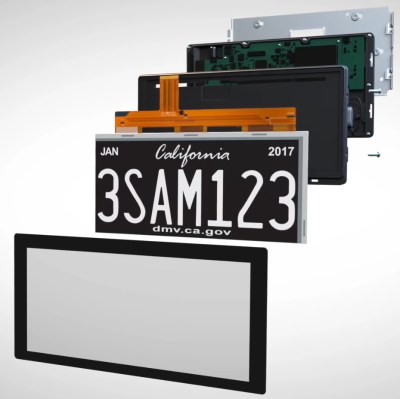 That being said, there’s very little mystery here. You can tell at a glance it’s using a lighted e-ink screen, which is really the only sort of display that would make sense for something that’s going to remain static most of the time. It also keeps the power consumption low; according to Reviver Auto the plate draws around 80 mA when updating the display, and 12 mA when sitting idle.

In terms of connectivity, the only officially acknowledged links to the outside world is the LTE radio and GPS receiver, but WiFi as a backup seems a safe bet. There’s no word on what kind of processor is powering the Rplate, but some basic SoC running Linux wouldn’t be a surprise.

Certainly the biggest part of the Rplate, both literally and figuratively, is the 6 x 12 inch e-ink display. From the promotional materials we can see the resolution looks excellent, but the refresh rate seems relatively low. Though for a license plate, that’s a reasonable trade-off. It’s also worth mentioning that the nature of e-ink means that even if the battery dies, the Rplate is still going to show your license plate number (though without the internal lighting).

The e-ink display is arguably what makes the Rplate possible, but it’s also almost certainly what makes it so expensive. Small e-ink displays have come down in cost thanks to the popularity of digital readers such as the Amazon Kindle, but the prices of anything larger than 6 x 4 or so are astronomical. For example, a teardown of the 13.3″ Paperlike Pro e-ink monitor showed that the cost of the bare display module was $450 alone. So the cost of the Rplate, while unquestionably too high for most people, is likely driven more out of necessity than greed.

According to Reviver Auto, the primary function of their digital license plates is to simplify vehicle registration. Rather than going to the DMV to register a car or perform a renewal, Rplate owners can do the whole thing right from an application on their smartphone. This level of interaction between Reviver Auto and the DMV is one of the reasons it has taken so long to get the Rplate on the market, and why it’s currently only available in three states. The question of whether or not the average car owner is willing to pay $800 to avoid the DMV is one we can’t really answer, though it might be more than a little compelling for anyone operating a fleet of vehicles.

In addition to the license plate number, the Rplate can show custom messages. The options are currently very limited as the individual state DMVs must approve images and text which appear on license plates, and the popularity of this feature on the long term is going to depend entirely on whether or not Reviver Auto can get some wiggle room in terms of the content. The selection of stock phrases, which include hits such as “I’d Rather Be Playing Badminton” and “Stay Positive”, isn’t going to keep owners engaged for very long.

More practically, the Rplate is able to track the vehicle’s current location and can notify the user if its moved from where it’s supposed to be. This information can be relayed to law enforcement in the event of the vehicle being stolen, and the Rplate can even display a large “STOLEN” banner. Arguably, this is currently the most useful feature of the Rplate. But again, while it’s clear this could be a compelling feature for fleet vehicles, it’s a harder sell to individuals. The deciding factor here may be if car insurance companies consider the Rplate an anti-theft device and offer a discount when you install one.

The Shape of Things to Come

To even the most technology obsessed, it seems clear that the features currently offered by the Rplate are pretty light considering the upfront cost of the device, mandatory professional installation, and monthly service fee. You also have to dig fairly deep into their website to find out that they currently don’t offer front license plates, so if you live in a state that requires you to have both, you’ll be stuck with your DMV-supplied “old school” license plate on the front. 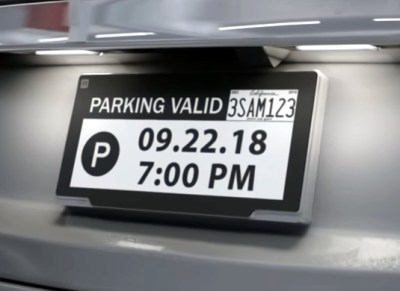 Overall, the technology as it stands seems like it would be far more appealing to fleet operators, yet the marketing material is clearly aimed at luxury car owners. Reviver Auto obviously believes these are the type of people who would buy what’s ultimately little more than a high-tech vanity plate. They aren’t wrong, of course, but whether that’s enough to sustain the business model has yet to be seen.

But what about the future? Reviver Auto shows off some fascinating possibilities in their promotional videos, and one has to wonder if this is truly a view of what’s to come. Being able to see the charge status of your electric car as you walk up to it, parking validation automatically popping up as the car pulls into a public garage, and yes, we’ll even admit to fantasizing about the possibility of flashing the Wrencher on the rear bumper. You can’t do any of this today with the Rplate because these systems aren’t all tied together, but what about in 10 years? Or 30?

The Rplate probably won’t start the digital license plate revolution, but that doesn’t mean there won’t be one eventually. They’ve got an interesting idea on their hands, but the technology to do it justice simply isn’t here yet. It costs too much to build the Rplate and the “connected vehicle platform” mentioned on the Reviver Auto website, a “cloud” that links our vehicles to the world around them, simply doesn’t exist yet. But for better or for worse, it’s coming.

81 thoughts on “Digital License Plates Are Here, But Do We Need Them?”