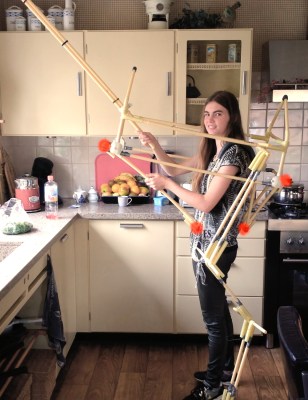 [Thanks to themoreyouknow for the tip.]

26 thoughts on “Lifelike Dinosaur Emerges From The Plumbing Aisle”