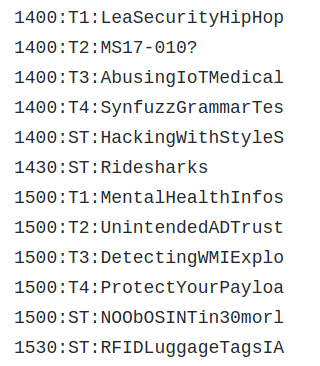 11 thoughts on “Advertise Your Conference Schedule Via SSID”