Mains power (or grid power, wall power, domestic power) refers to the general purpose AC electric power supply that is accessible in homes and businesses, typically for domestic appliances. Mains power can differ by voltage and frequency, and of course trying to use an incompatible value runs the risk of destroying your appliances.

Most commonly, power is delivered to a household in two or three wired contacts — a line wire (the hot contact carrying the AC between the power grid and the home), the neutral wire (completes the circuit and carries AC), and the ground wire (connects the equipment to the earth ground to protect against electric shocks).

The value for the voltage is the measurement on a single hot wire with respect to neutral or ground. Given the resistance in household wiring and the distance of extension cords used for domestic appliances, this value usually drops by the time it reaches an appliance, which is one of the reasons for values other than the mains voltage to be used for appliance ratings.

Where Did These Voltage Standards Originate?

The first large-scale central electric power plant was started by Thomas Edison in 1882, providing direct current (DC) at 110 V for 968 light bulbs in London. This was considered to be a “safe” voltage for consumers to use and was also the best voltage for the filaments used in his lightbulbs. 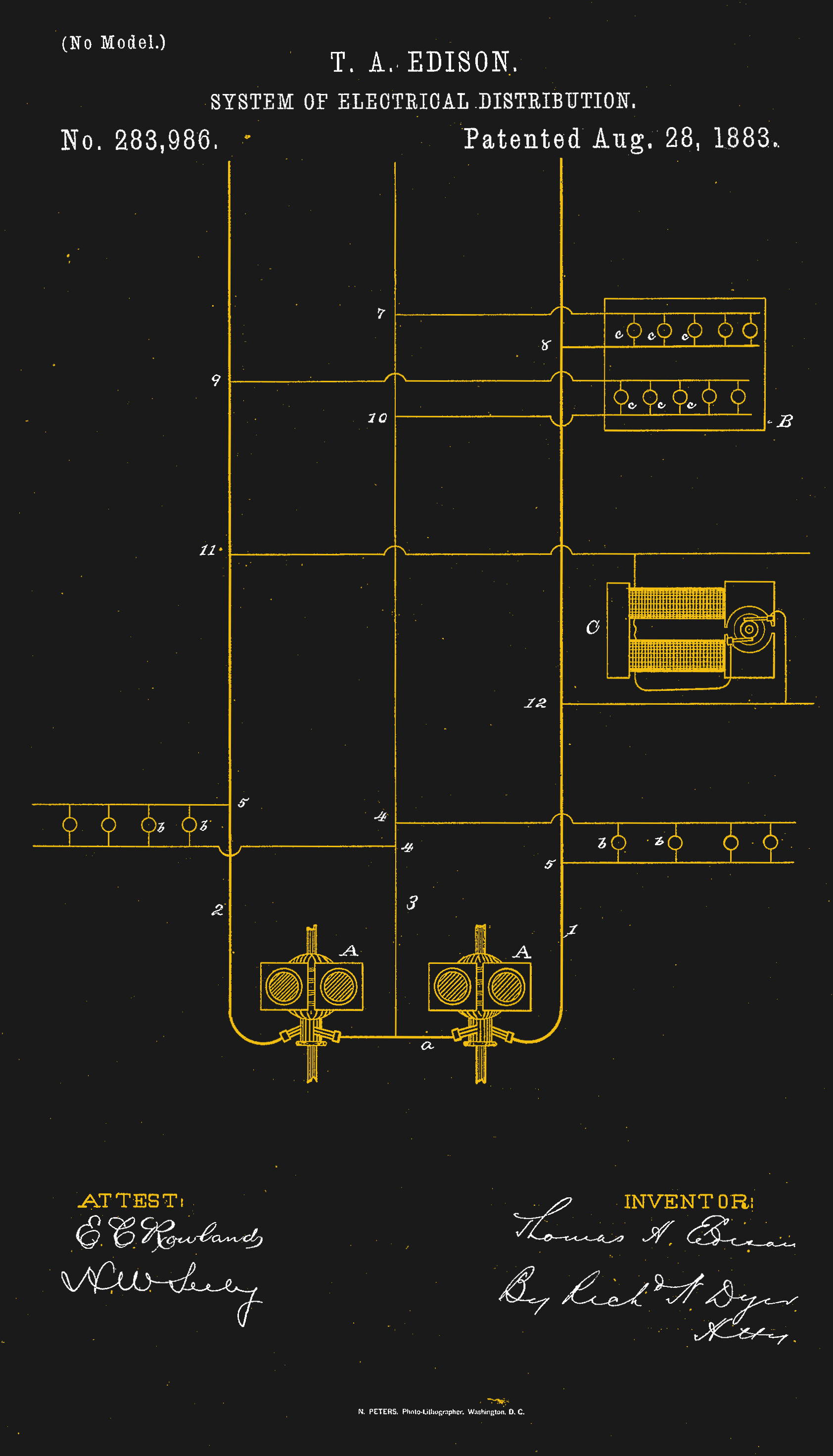 After his London plant, AC systems began to emerge in the United States, using transformers to step down higher voltages from distribution. Edison responded by patenting a three wire distribution system in 1883 to provide greater versatility for users, which soon gave way to the War of Currents (there was actually a recent motion picture released on the topic).

Within the United States, after AC proved superior, Westinghouse Electric adopted the 110 VAC 60 Hz standard. European power companies, on the other hand, pushed the voltage to 240 V in order to improve distribution efficiency. At this point, insulated wires and safety measures in power distribution were sufficient that 240V was no longer considered dangerous for users, leading to the widespread adoption of the 240 VAC 50Hz standard.

Depending on the connection to the ground, wetness or resistance of their skin, surface area of their contact, and duration can all play a role in determining the real safety concerns for a person dealing with electrocution. But in modern times, circuit breakers, GFCI outlets (ground-fault circuit interrupter), and AFCI outlets (arc-fault circuit interrupter) have done much to address the electrocution and fire concerns of mains power.

This is the System We Have

This is the way things are and the way they shall be. There aren’t any plans for major changes to unify standard mains internationally. Converting from one system to another would be prohibitively expensive and there is no driving force to do so. Modern electronics manufacturers have for the most part made this a non-issue by designing power supplies that will happily function on either 240 V or 110 V, needing only a simple converter to make the wide array of outlet types play nicely with your country’s chose standard.

For devices that use the AC power directly, the plug type helps to ensure appliances relevant to the market are what is being sold. In countries like the United States, when the higher 240 V standard is needed an outlet is wired using two hot legs to obtain 200-240 V from a power grid system designed to deliver 110 V.

152 thoughts on “A Division In Voltage Standards”