This handheld device can act as a 3D scanner because the data gathered by RTAB-Map consists of a point cloud of an area as well as depth information. When combined with the origin of the sensing unit (i.e. the location of the camera within that area) it can export a point cloud into a mesh and even apply a texture derived from the camera footage. An example is shown below the break. 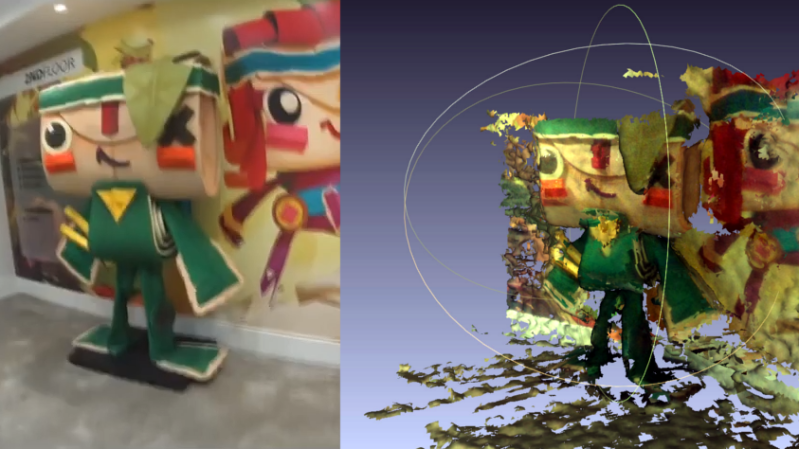 As far as 3D scanning goes, it’s OK if you’re thinking these results are not perfect. It’s true that the results don’t hold a candle to photogrammetry. But considering the low resolution of the Intel RealSense’s RGB camera and the fact that RTAB-Map is a SLAM (simultaneous localization and mapping) sandbox and not 3D scanning software, these results are amazing from a handheld device that is essentially outputting this in its spare time.

While this project might appear to consist of only a few components and some open software, getting it all to work together was a challenge. Check out the project’s GitHub repository to take advantage of [Frank]’s hard work, and watch the video embedded below.