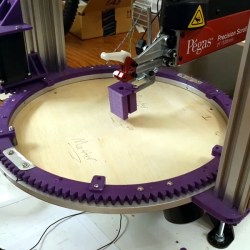 8 thoughts on “Machine Builds Rise From The Ashes”