Join us on Wednesday, October 7th at noon Pacific for the DIY Lasers Hack Chat with Les Wright!

It’s not too much of a reach to say that how we first experienced the magic of lasers sort of dates where we fall on the technology spectrum. For the youngest among us, lasers might have been something trivial, to be purchased for a couple of bucks at the convenience store. Move back a few decades and you might have had to harvest a laser from a CD player to do some experiments, or back further, perhaps you first saw a laser in high school physics class, with that warm, red-orange glow of a helium-neon tube.

But back things up only a few decades before that, and if you wanted to play with lasers, you had to build one yourself. It was a popular if niche hobby with a dedicated following of amateur physicists who scrounged around for the unlikely parts needed: ruby rods, quartz-glass tubes, and exotic dyes. Couple them together with high-voltage power supplies, vacuum pumps made from converted refrigerator compressors, and homemade optical benches, and if the stars aligned, these parts could be coaxed into producing a gloriously intense burst of light, which as often as not hooked its creator as a lifelong laser addict.

We’re not sure which camp Les Wright falls into, but from the content of his growing YouTube channel, we’d say he’s caught the laser bug. We recently took a look at his high-performance nitrogen laser, which he’s been having fun with as the basis for a tunable dye laser. Along the way he’s been necessarily mucking around with high-voltage power supplies, oscilloscopes, and the occasional robot or two.

Les will stop by the Hack Chat to talk about everything going on in his lab, with a focus on his laser experiments. Join us with your questions on DIY lasers, and stop by to pick up some tricks that might help you catch the laser bug too.

Our Hack Chats are live community events in the Hackaday.io Hack Chat group messaging. This week we’ll be sitting down on Wednesday, October 4 at 12:00 PM Pacific time. If time zones baffle you as much as us, we have a handy time zone converter. 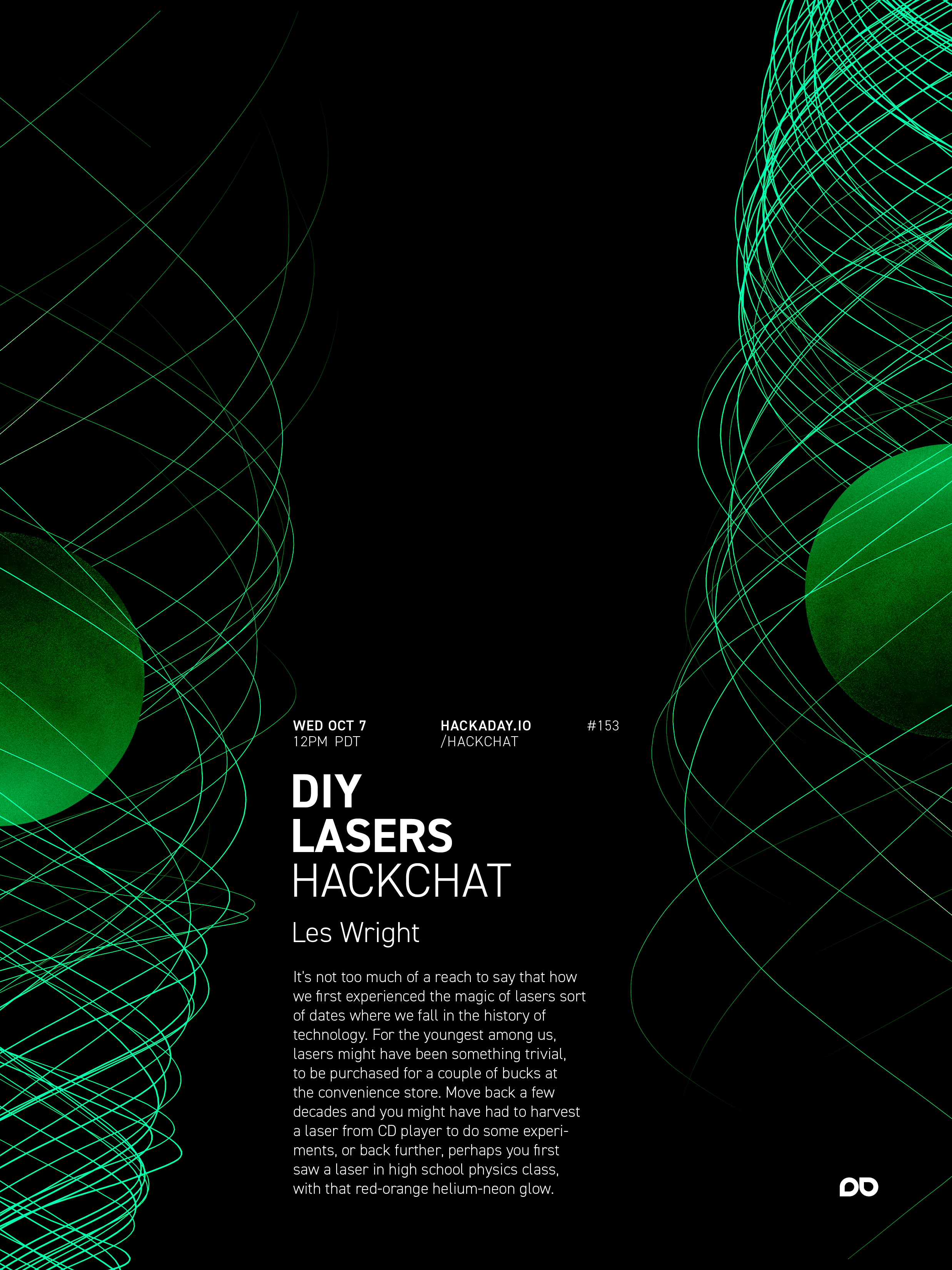