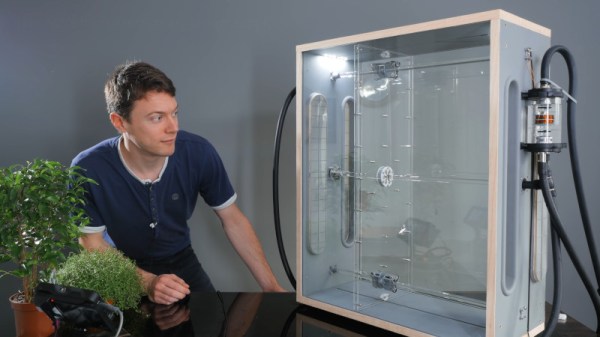 Fan noise is a contentious issue among the computer community. Some don’t notice it, others rage against it as an annoyance and distraction. Some turn to liquid cooling, while others look to passive solutions to eliminate the scourge. [Matt] of [DIY Perks] may have found a far more oddball solution, however.

The build is essentially a giant bellows, but the manner in which it operates is unlike anything we’ve seen previously. To shift the large pusher plate inside back and forth, [Matt] initially experimented with building his own linear motor out of coils and magnets. After that failed, he began to tinker with a system of moving a magnet back and forth through a tube with water pressure from a pump, which would then drive the pusher plate through magnetic coupling. This looked promising, but reversing the flow proved difficult. After building his own set of water valves to change the flow direction, the bellows began to work slowly, but with limited performance. Realizing the valves weren’t up to scratch, [Matt] rebuilt the system with 10 pumps, set up in two banks of 5. With the pumps hooked up in series, they supplied plenty of pressure to force the bellows back and forth. Reed switches were used to reverse the flow at either end to make the bellows run continuously.

In testing, the bellows compared well with a bank of four large case fans, though at 20 times the size. Suffice to say this is not exactly a compact solution. We look forward to seeing [Matt] do more with the bellows, with his intention being to use it as the primary cooling system for a computer. Of course, if this looks too complex, you could always consider a mineral oil setup instead. Video after the break.

END_OF_DOCUMENT_TOKEN_TO_BE_REPLACED 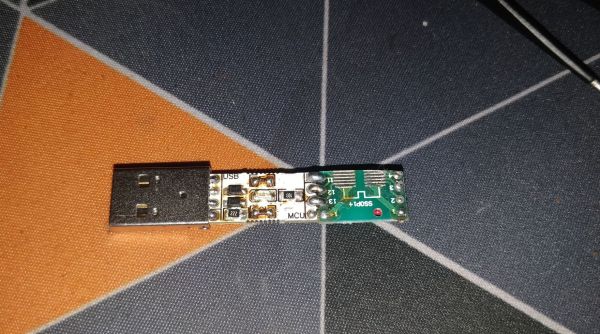