Join us on Wednesday, January 26 at noon Pacific for the Compliant Mechanisms Hack Chat with Amy Qian!

When it comes to putting together complex mechanisms, we tend to think in a traditional design language that includes elements like bearings, bushings, axles, pulleys — anything that makes it possible for separate rigid bodies to move against each other. That works fine in a lot of cases — our cars wouldn’t get very far without such elements — but there are simpler ways to transmit force and motion, like compliant mechanisms.

Compliant mechanisms show up in countless products, from the living hinge on a cheap plastic box to the nanoscale linkages etched into silicon inside a MEMS accelerometer. They reduce complexity by putting the elasticity of materials to work and by reducing the number of parts it takes to create an assembly. And they can help make your projects easier and cheaper to build — if you know the secrets of their design.

Amy Qian, from the Amy Makes Stuff channel on YouTube,  is a mechanical engineer with an interest in compliant mechanisms, so much so that she ran a workshop about them at the 2019 Superconference. She’ll stop by the Hack Chat to share some of what she’s learned about compliant mechanisms, and to help us all build a little flexibility into our designs.

Our Hack Chats are live community events in the Hackaday.io Hack Chat group messaging. This week we’ll be sitting down on Wednesday, January 26 at 12:00 PM Pacific time. If time zones have you tied up, we have a handy time zone converter. 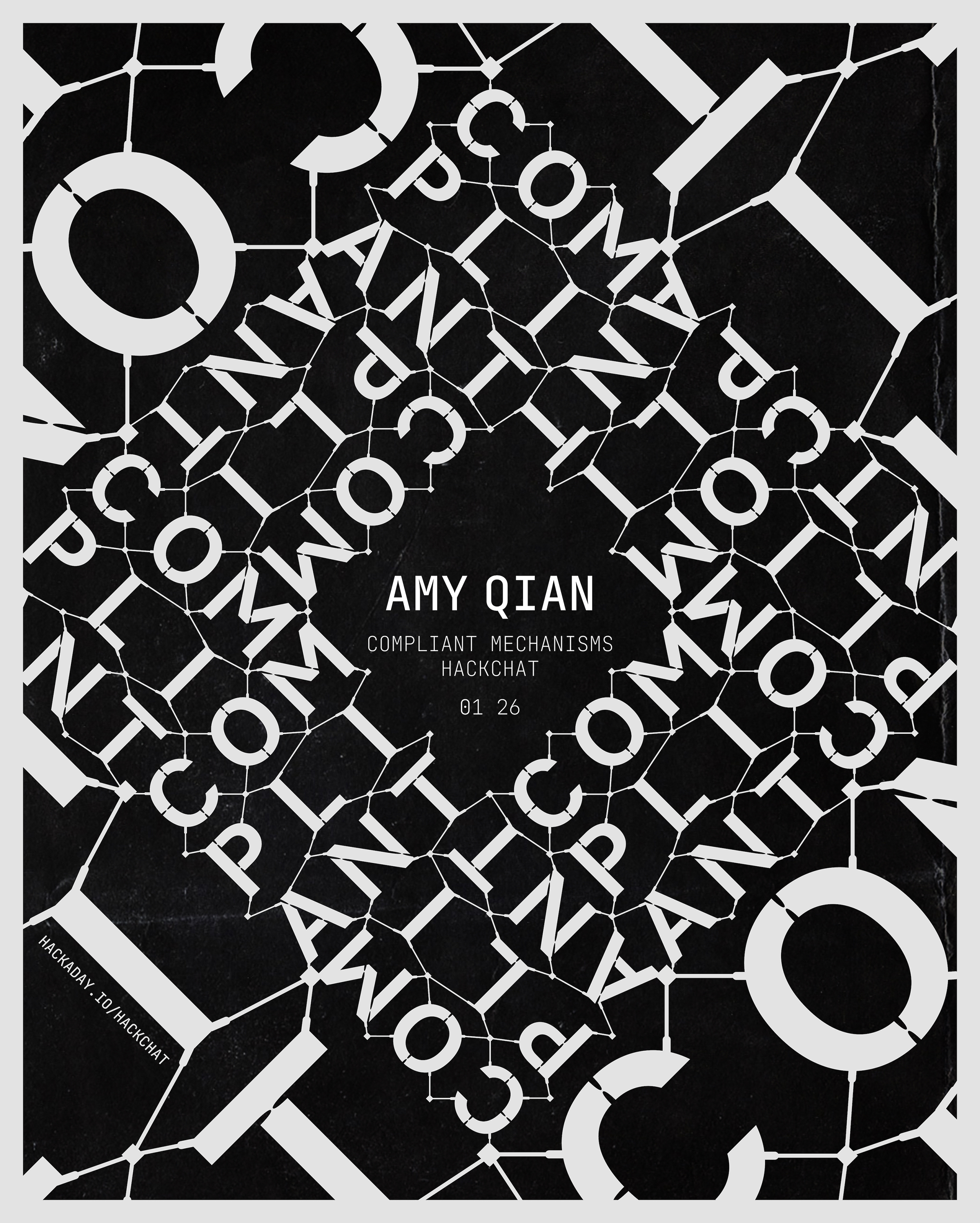