Looks like it’s lights out on Mars for the InSight lander. The solar-powered lander’s last selfie, sent back in April, showed a thick layer of dust covering everything, including the large circular solar panels needed to power the craft. At the time, NASA warned that InSight would probably give up the ghost sometime before the end of the year, and it looks like InSight is sticking to that schedule. InSight sent back what might be its last picture recently, showing the SEIS seismic package deployed on the regolith alongside the failed HP3 “mole” experiment, which failed to burrow into the soil as planned. But one bad experiment does not a failed mission make — it was wildly successful at most everything it was sent there to do, including documenting the largest marsquake ever recorded. As it usually does, NASA has anthropomorphized InSight with bittersweet sentiments like “Don’t cry, I had a good life,” and we’re not quite sure how we feel about that. On the one hand, it kind of trivializes the engineering and scientific accomplishments of the mission, but then again, it seems to engage the public, so in the final rinse, it’s probably mostly harmless.

If you’ve ever been advised to check the blinker fluid in your car, or admonished for not using a metric adjustable wrench, you may think that being told your fancy new electric vehicle needs EV-specific tires is just another prank played on the automotively naive. But no, it actually turns out that there’s a lot about electric vehicles that makes special tires necessary. Chief among these is weight — all that lithium and cobalt jammed into the battery packs make EVs a lot heavier than ICE vehicles, and the tires need to be engineered for the higher load factor. The weight is also much more evenly distributed over the footprint of the EV, making the handling characteristics of EVs different enough to require tires with stiffer sidewalls. But we were surprised to learn that another big factor in tire selection for EVs is noise — without the growl of an ICE and a long powertrain to drown it out, tire noise in an EV would be intolerable. Having tires with enough stickiness to handle the huge instantaneous torque is another factor in EV tire selection too. All this and more adds up to a lot of money, of course, but just think of all the money you’ll save on oil changes.

We got a tip from Hackaday super friend Mark Hughes that Project Boondock Echo is ready for testing. In case you missed it, Boondock Echo came about in response to some of the radio coverage problems that became apparent during the California wildfires a couple of years back. It’s basically a cloud-based store-and-forward simplex repeater system, but there’s a lot more to it than that. Mark is looking for volunteers to help test the system, so if you’re a licensed amateur radio operator and want to pitch in, head over to the sign-up form and get on the list.

I don’t usually buy into the IMAX hype for new movies, but I just might make an exception for the planned 2023 release of Oppenheimer. First of all, it’s a Christopher Nolan film, so it has to be good, right? Think Interstellar and Dunkirk more than Inception, though — I swear, I still don’t get that movie. And second, it’s actually going to be in black and white, which should be pretty cool. So yeah, it may be worth the drive to see this film in IMAX. But the big draw for me is the fact that the use of CGI is supposedly limited, meaning that all the effects, even the Trinity test, are going to be practical effects. That’s enough right there — please, just take my money. But, maybe not so fast; if this behind-the-scenes still is any indication of the historical accuracy of the film, I might have to reconsider. Sound off in the comments if you can spot the glaring anachronism in this scene. 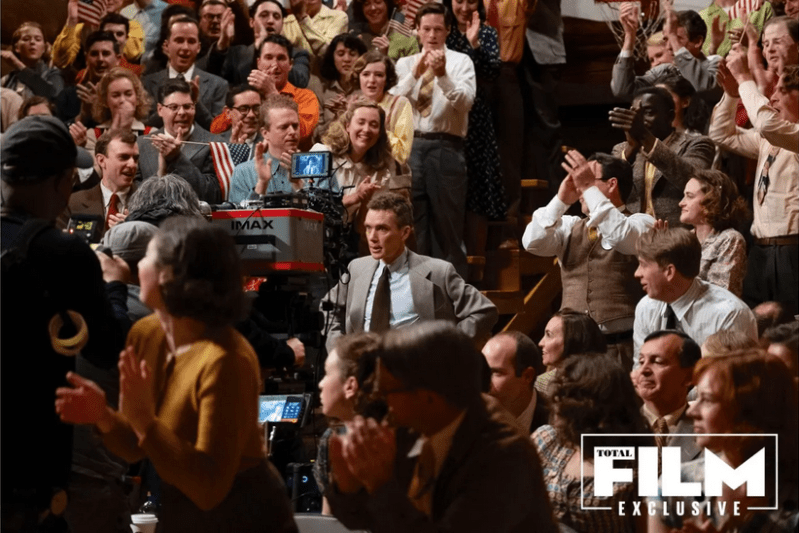 And finally, to follow up on last week’s predatory white blood cells (last item), we stumbled across this equally incredible photomicrographic footage of a plant’s “breathing” mechanism in action. The video shows a single plant stoma, thousands of which line the bottom surface of most leaves. The tiny pore leads into the interior of the leaf, allowing gases like carbon dioxide, water vapor, and oxygen to transition into and out of the leaf. Each stoma is formed by two guard cells, which expand and contract to control the size of the opening. None of this is news, really — we’ve known how stomata work for a long time. The news here is that the molecular pathway that controls the size of the guard cells has been elucidated, showing how a string of enzymes called kinases interact to sense CO2 levels and control the flow of water into and out of the guard cells, changing their size and shape.