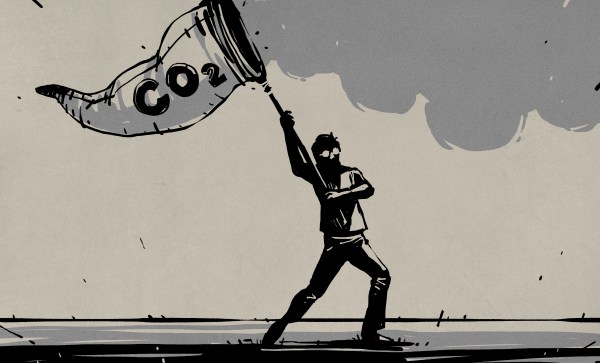 We humans are in something of a pickle, as we’ve put too much carbon dioxide in the atmosphere and caused climate change that might even wipe us out. There may still be people to whom that’s a controversial statement, but knowing something needs to be done about it should be a position for which you don’t necessarily have to be a climate change activist glueing yourself to the gates of a refinery.

It’s obvious that we can reduce our CO2 emissions to tackle the problem, but that’s not the only way that atmospheric CO2 can be reduced. How about removing it from the air? It’s an approach that’s being taken seriously enough for a number of industrial carbon capture solutions to be proposed, and even for a pilot plant to be constructed in Iceland. The most promising idea is that CO2 from power stations can be injected into porous basalt rock where it can react to form calcium carbonate. All of which is very impressive, but is there not a way that this can be achieved without resorting to too much technology? Time for Hackaday to pull out the back-of-envelope calculator, and take a look. END_OF_DOCUMENT_TOKEN_TO_BE_REPLACED