Aerogel — that mixture of air and silica — is one of those materials that seems like a miracle. It is almost not there since the material is 99% air. [NileRed] wanted to make his own and he documented his work in a recent video you can see below.

If you decide to replicate his result, be careful with the tetramethyl orthosilicate. Here’s what he says about it:

And the best part is, that when it’s in your eyes, it gets under the surface, and the particles are way too small to remove. For this reason, you could go permanently blind.

It can also mess up your lungs, so you probably need a vent hood to really work with this. It isn’t cheap, either. The other things you need are easier to handle: methanol, distilled water, and ammonia.

END_OF_DOCUMENT_TOKEN_TO_BE_REPLACED 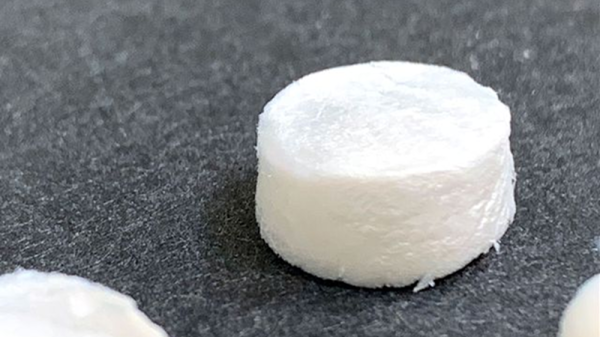 Aerogels have changed how a lot of high tech equipment is insulated. Resembling frozen smoke, the gel is lightweight and has extremely low thermal conductivity. However there’s always a downside, traditional aerogel material is brittle. Any attempt to compress it beyond 20% of its original size will change the material. Researchers at UCLA and eight other universities around the world have found a new form of ceramic aerogel that can compress down to 5% of its original size and still recover. It is also lighter and able to withstand extreme temperature cycles compared to conventional material. The full paper is behind a paywall, but you can view the abstract.

Traditional aerogel is more likely to fracture when exposed to high temperatures or repeated temperature swings, but the new material is more robust. Made from boron nitride, the atoms have a hexagonal pattern which makes it stronger.

END_OF_DOCUMENT_TOKEN_TO_BE_REPLACED

A heated bed is nearly essential for printing with ABS. Without it, it is difficult to keep parts from warping as the plastic cools. However, heating up a large print bed is difficult and time consuming. It is true that the printer easily heats the hot end to 200C or higher and the bed’s temperature is only half of that. However, the hot end is a small insulated spot and the bed is a large flat surface. It takes a lot of power and time to heat the bed up and keep the temperature stable.

We’ve used cork and even Reflectix with pretty good results. However, [Bill Gertz] wasn’t getting the performance he wanted from conventional material, so he got a piece of aerogel and used it as insulation. Aerogel material is a gel where a gas replaces the liquid part of the gel. Due to the Knudsen effect, the insulating properties of an aerogel may be greater than the gas it contains.

END_OF_DOCUMENT_TOKEN_TO_BE_REPLACED 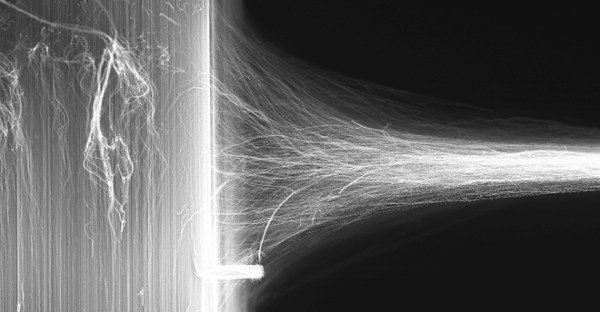 Light as air, stronger than steel and more flexible than rubber. Sound like something from the next installment of the Iron Man series? [Tony Stark] would certainly take notice of this fascinating technology. Fortunately for us, it does not come from the studios of Hollywood, but instead the halls of the NanoTech Institute at the University of Texas.

Professor [Ray Baughman] and his team of scientists at the NanoTech Institute have developed a type of artificial muscle through a process of making aerogel sheets by growing carbon nanotubes in a forest like structure. Think of a vertical bamboo forest, with each bamboo stem representing a single carbon nanotube. Now imagine that the individual bamboo stems were connected together by much smaller horizontal threads. So that if you dislodge the bamboo and began to pull, the threads would pull the others, and you would get this sheet-like structure.

These aerogel sheets of carbon nantubes have some truly science fiction like properties. They can operate from 1,600 degrees centigrade to near absolute zero. If you inject a charge, each nanotube will be repulsed from one another, expanding some 220% of the sheet’s original size. Your muscles do this at roughly 20 – 40%. Stick around after the break for a video demonstration of these carbon nanotube aerogel sheets being made and demonstrated.

Thanks to [Steven] for the tip!

END_OF_DOCUMENT_TOKEN_TO_BE_REPLACED

[Ben] outdid himself. He successfully made monoliths of silica aerogel in his garage. Aerogel, the light-weight solid that has been referred to as ‘hard air’ is really freaking expensive especially in non-granulated form.

The techniques behind producing aerogels have been on the Internet for a fairly long time. A few uncommon chemicals and a supercritical drying chamber are required for production, meaning it takes a lot of know-how to make hard air at home. Somehow, [Ben] got ahold of some tetramethoxysilane, the hard to come by ingredient and made a supercritical drying chamber out of pipe fittings and liquid Carbon Dioxide.

Check out the very informative walkthrough of [Ben]’s process after the break. It’s 10 minutes long and makes for a great lunch break video.

END_OF_DOCUMENT_TOKEN_TO_BE_REPLACED 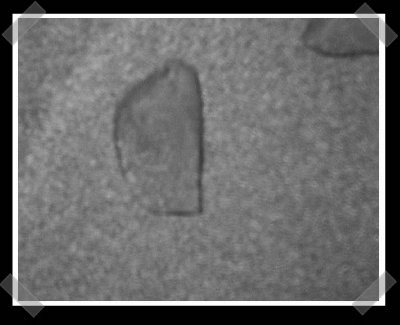 Our own [Eliot] dug this one up from the grave. While the recipe has been online for a while, do you know many 10 year olds who made their own Aerogel, that wonderful insulator that’s essentially gelled air? [William] made some(cache) for his science project in 2002. He started with Silbond H5, a combination of ethyl alcohol and ethyl polysilicate. You can get the MSDS after a painless email registration on the Silbond website. After the gel is formed you have to soak it in an alcohol bath to make sure all water has been removed from the structure. Then the gel is placed in a drying chamber. Liquid CO2 is forced into the chamber to displace all the alcohol in the chamber and the structure. Once the the alcohol is gone the supercritical drying phase begins. The temperature is raised to 90degF and the pressure is regulated to 1050psi. At this point the liquid CO2 in the gel structure takes on gas properties (looses surface tension) and leaves the silica structure. All that remains in the chamber is your new Aerogel which is 99% empty space and 1000 times less dense than glass.

Of course, if you’re lazy, you can buy some here.