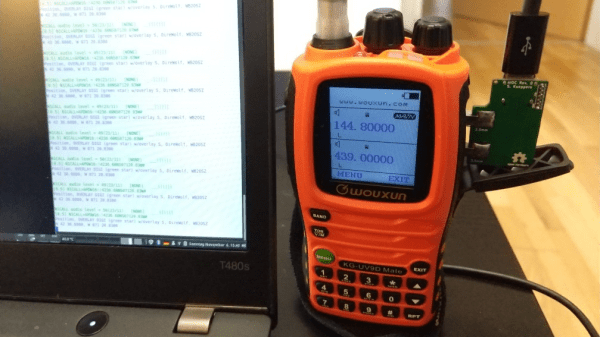 The Ham Radio All-in-one cable (AIOC) is a small PCB attachment for a popular series of radio transceivers which adds a USB-attached audio interface and virtual TTY port for programming and the push-to-talk function. The STM32F373 microcontroller (which, sadly is still hard to find in the usual channels) is a perfect fit for this application, with all the needed hardware resources.

With USB-C connectivity, the AIOC enumerates as a 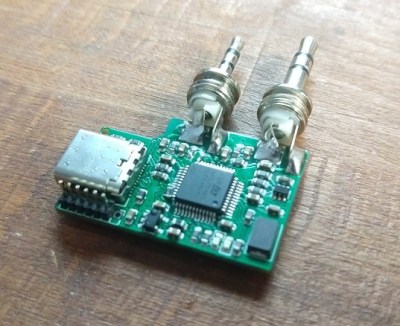 sound card as well as a virtual serial device, so interfacing to practically any host computer should be plug-and-play. Connection to the radio uses 12mm separation 3.5mm and 2.5mm TRS connectors, so is compatible with at least the Baofeng UV-5R but likely many other cheap transceivers that have the same physical setup.

Instructions are provided to use the AIOC with Dire Wolf for easy access to APRS applications, which makes a nice out-of-the-box demo to get you going. APRS is not all about tracking things though since other applications can sit atop the APRS/AX.25 network, for example, HROT: the ham radio of things.

We’ve seen quite a few Baofeng (and related products) hacks, like this sketchy pile of wires allowing one to experiment with the guts of the radio for APRS. Of course, such cheap radio transceivers cut so many engineering corners that there are movements to ban their sale, so maybe a new batch of better radios from our friends in the East is on the horizon?

Thanks to [Hspil] for the tip! 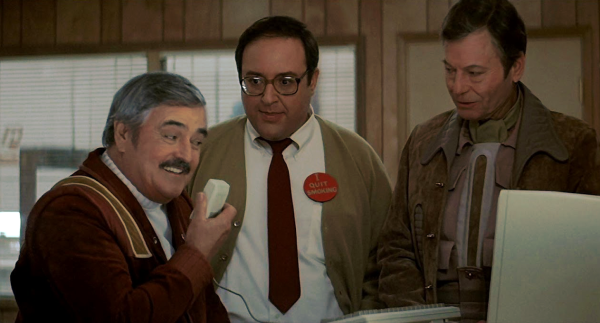 1986: The US and Russia signed arms agreements, Argentina won the world cup, and Star Trek IV: The Voyage Home hit the theaters. Trekkies and the general public alike enjoyed the film. Some astute hams though, noticed a strange phenomenon about halfway through the film. During a pivotal scene, Scotty attempts to beam Chekov and Uhura off the Enterprise, but has trouble with interference. The interference can be heard over the ubiquitous Star Trek comm link. To many it may sound like random radio noise. To the trained ear of a [Harold Price, NK6K] though, it sounded a heck of a lot like packet radio transmissions. 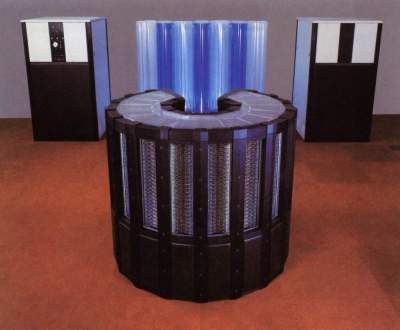 By 1989, the film was out on VHS and laser disc. With high quality audio available, [Harold] challenged his friend [Bob McGwier, N4HY] to decode the signal. [Bob] used the best computer he had available: His brain. He also had a bit of help from a Cray 2 supercomputer.

[Bob] didn’t own his own Cray 2 of course, this particular computer was property of the National Security Agency (NSA). He received permission to test Frequency Shift Keyed (FSK) decoder algorithms. Can you guess what his test dataset was?

The signal required a lot of cleanup: The original receiver was tuned 900 Hz below the transmission frequency. There also was a ton of noise. To make matters worse, Scotty kept speaking over the audio. Thankfully, AX.25 is a forgiving protocol. [Bob] persevered and was able to obtain some usable data. The signal turned out to be [Bill Harrigill, WA8ZCN] sending a Receive Ready (RR) packet to N6AEZ on 20 meters. An RR packet indicates that [Bill’s] station had received all previous packets and was ready for more.  [Bob] called to [Bill], who was able to verify that it was probably him transmitting in the 1985 or 1986, around the time the sound editors would have been looking for effects.

That’s a pretty amazing accomplishment, especially considering it was 1989. Today, we carry supercomputers around in our pockets. The Cray 2 is roughly equivalent to an iPhone 4 in processing power. Modern laptop and desktop machines easily out class Seymour Cray’s machine. We also have software like GNU Radio, which is designed to decode data. Our challenge to you, the best readers in the world, is to replicate [Bob McGwier’s] work, and share your results.