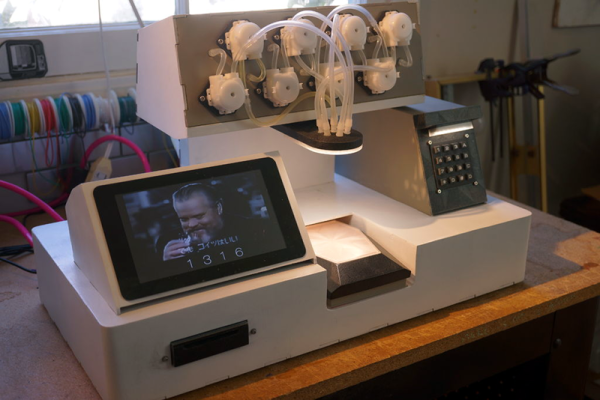 [Donald Bell’s] robotic bartender entry into the 2020 Cocktail Robotics Grand Challenge is one of those things that sounds easy until you start getting into the details. After all, how hard is it to dispense some liquids into a glass? Harder than you might think. Sure there are pumps — [Donald] uses peristaltic pumps — but there’s also two Raspberry Pis, an ESP8622, and at least one more microcontroller lurking underneath. You can see a video about the device below.

Even if you don’t want a refreshing libation, you’ll probably like the VK-01’s Bladerunner cyberpunk styling. What we really enjoyed about the post was that it took you through the concept sketches, some of the design trades, and even a cardboard prototype.

END_OF_DOCUMENT_TOKEN_TO_BE_REPLACED 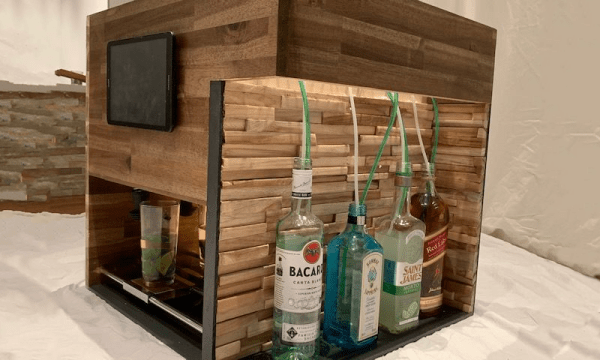 Mixing a cocktail is considered as much an art as a science. The practice is studied dilligently by bartenders the world over. Of course, for any given human task, there’s always another human building a robot to automate it. [CamdenS5] is one such human, with a cocktail mixing barbot with a few tricks up its sleeve.

As you’d expect, there’s a smattering of the usual alcoholic liquids and mixers, along with a battery of pumps for fluid delivery. The fun doesn’t end there, though. There’s a linear actuator capable of putting out 500 N for slicing limes, and a mint and sugar dispenser as well. If that wasn’t enough, there’s even a muddling station to help bring out the flavours just right.

This is a machine that takes a broader look at the process behind making a good cocktail. It’s not just about lumping ingredients into a glass – it takes finesse and care to get the best results. It’s not the first barbot we’ve seen – this one is built in a grandfather clock.