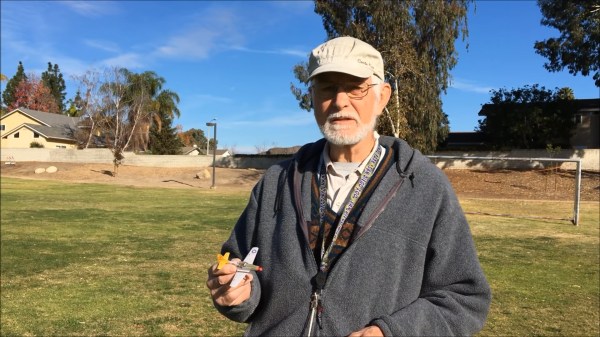 There are individuals who push tools, materials, and craftsmanship to the limit in the world of micro RC aircraft, and [Martin Newell] gives some insight into the kind of work that goes into making something like a 1:96 scale P-51 Mustang from scratch. The tiny plane is 100% flyable. It even includes working navigation lights and flashing cannons (both done with 0402 LEDs) and functional, retractable landing gear. It weighs an incredible 2.9 grams. Apart from the battery, everything in the plane was built or assembled from scratch. A video is embedded below.

END_OF_DOCUMENT_TOKEN_TO_BE_REPLACED 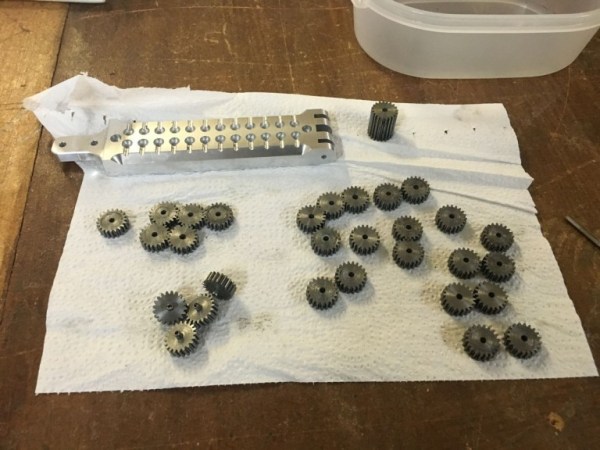 Looking for a 360 degree hinge that had no slop was harder than [Mr. LeMieux] thought it would be. Add to the fact it had to be made completely out of metal with no plastic components — and basically fireproof. He was coming up blank.

You see, [Mr. LeMieux] is casting metal components, and needed a hinge to close two halves of a mold. When he couldn’t find anything commercially available, he decided to design his own. Using aluminum, he machined the two halves with an interlocking mechanism between the two. Essentially, it’s a 3-bar linkage, but if he stopped there, it would have too much slop. So he actually designed in two fixed gears that roll over each other — this ensures the hinge stays perfectly smooth throughout its entire range of movement — it’s actually quite ingenious.