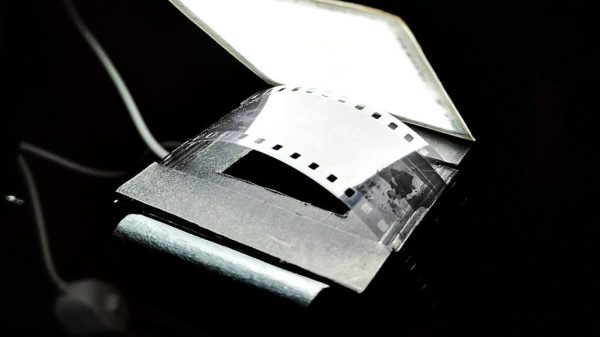 Chemical-based photography can seem like a dark art at times, but it needn’t be so. [Dan K] developed the Simple Enlarger to help spread the idea that classical photographic darkroom tools are fundamentally quite easy to understand and build.

A photographic enlarger illuminates a negative with light, and focuses this light on a sheet of photographic paper which can then be developed. [Dan’s] enlarger design is intended to be built using materials readily available from any dollar store or stationer’s shop, and can be built in just a few short hours. It’s built to work with a single film format and with a fixed size of photographic paper for simplicity’s sake.

A simple M-mount camera lens is pressed into service for the main optic, with the ex-Soviet part chosen for its easy focusing and cheap price. A small plywood box makes a decent body, and a white phosphor LED provides  the light source. The final rig is designed to print 35mm negatives on to standard 8×10 paper.

If you want to get into developing your own negatives and don’t want to buy a commercial enlarger, [Dan]’s build could be just the way to go. We’ve seen some other similar builds before, too. Meanwhile, if you’ve got your own nifty darkroom hacks, be sure to drop us a line! 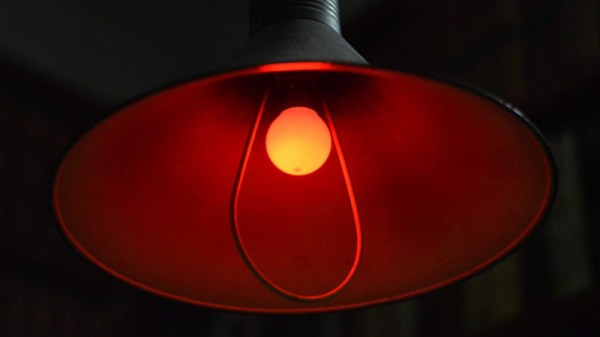 For the vast majority of readers, the act of taking a photograph will mean reaching for a mobile phone, or for a subset of you picking up a digital camera. A very small number of you will still use chemical film for its versatility and resolution, and we’re guessing that more would join those ranks if some of the cost barriers to doing so could be reduced.

It would be near-impossible to reduce the cost of a chemical photograph to the infinitely repeatable click of a digital camera shutter, but at least if the cost of a darkroom is intimidating then [Sroyon Mukherjee] has an interesting post over at 35mmc about how a darkroom for black-and-white printing from negatives can be equipped for less than £100 ($123). It’s a fascinating read even if your photography remains firmly in the digital, because along the way it explains some of the mysteries of the process. Few people had this type of equipment at home even in the days when most of us took our films to the drugstore, so as time passes this knowledge is concentrated among an ever narrower group.

The guide is full of useful hacks. Finding a second-hand enlarger takes an element of patience, but once it has been secured there are a variety of other essential items. The red safe light can be as simple as a mobile phone flashlight with a red filter, but we learn the trick of exposing a sheet of photographic paper with a coin laid on it to check that no white light is sneaking in. One of the main points of the piece is that there is no need for a special room to make a darkroom, and we take a tour of a few photographers’ set-ups in hallways, bathrooms, and basements.

So if you spot an unloved enlarger just waiting for a hacker to pass by, this might inspire you to do something with it. He doesn’t cover the development process, but if you throw caution to the winds you could always try coffee and vitamin C.