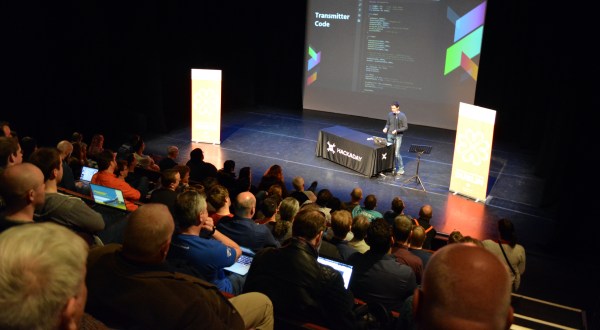 Hackaday would like to invite you to a Mini Unconference on Saturday 16th of March, hosted by our friends at Cambridge Makespace, UK.

One of our most successful engagements with our community over the years here at Hackaday has been the Unconference. A group of you our readers join us for a while and deliver a series of 8-minute lightning talks about what is on their mind. This could be a project, a trend, a technological discovery, or whatever, and they combine to form a fascinating cross-section of the state of our world at any given time. Delivering a talk isn’t essential so don’t worry if you’re shy, but we hope that many of you will have something to share.

This is a mini unconference since we have room for only about fifty or so people in a more intimate venue. Cambridge Makespace is a successful hackerspace in the British university city, and they have been so kind as to host the event for us in their classroom. We’ll convene after lunch and have two afternoon sessions with a break for coffee and snacks, and finish up by getting some pizzas in before heading out to enjoy what Cambridge has to offer. Places are limited, so if you know you are going to be able to make it to Cambridge, sign up without delay.

END_OF_DOCUMENT_TOKEN_TO_BE_REPLACED

Upstairs at the Marquis Cornwallis pub in central London, around 75 Hackadayers convened, ate well, drank well, and were generally merry. Nearly everyone in attendance brought a hack with them, which meant that there was a lot to see in addition to all that socializing to be done.

I spoke with a huge number of people who all said the same thing: that it was fantastic to put faces to the names of the writers, hackers, and other readers. As a writer, I finally got to meet in person some of the people who’ve produced some of my favorite hacks, in addition to most that were totally new to me. I can’t say how often I heard “Oh you’re the person behind that project. I loved that one.” A real sense of the Hackaday community was on display. END_OF_DOCUMENT_TOKEN_TO_BE_REPLACED 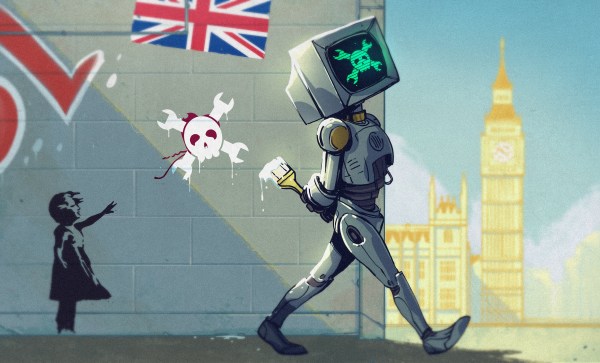 Hackaday’s first ever conference in the United Kingdom will take place on September 16th. Get your free ticket right now for the Hackaday UK Unconference!

An Unconference is the best way to put your finger on the pulse of what is happening in the hardware world right now. Everyone who attends should be ready to stand and deliver a seven-minute talk on something that excites them right now — this mean you. The easiest thing to do is grab your latest hack off the shelf and talk about that.

Talks may be about a prototype, project, or product currently in progress at your home, work, or university. It could also be an idea, concept, or skill that you’re now exploring. The point is to channel your excitement and pass it on to others in a friendly presentation environment where everyone will cheer as your story unfolds.

Hackaday doesn’t often have the opportunity to organize live events in Europe which is why we’re so happy to partner with DesignSpark, the exclusive sponsor of the Hackaday UK Unconference. DesignSpark is the innovation arm of RS Components and will have some staff on hand at the Unconference. They share our excitement in bringing together the Hackaday community throughout the UK. It is with their support that we are able to book an incredible venue and offer admission at no cost to all attendees. Hackaday events fill to capacity quickly, so get your ticket now before they are gone.

We have already asked a few of our friends in the area if they will be there. Seb Lee-Delisle who wowed us in Belgrade with his laser projection wizardry plans to be there. James Larsson is part of the crew that started the Flashing Light Prize and will be on hand. Phoenix Perry is always on the cutting edge of where people and technology meet and we can’t wait to hear her talk. Mike Harrison of Mike’s Electric Stuff will be around and likely teasing some secret Hackaday hardware he’s spearheading. James Bruton of XRobots (and a Hackaday Prize Judge) is coming, as is Saar Drimer who you may know as the person behind the beautiful hardware art of Boldport. Several Hackaday editors will be there; Elliot Williams, Jenny List, and I will all be on hand. All that’s missing is you.

We’ll flood into the Culture Space at Canada Water on the east side of London starting at 13:00. Tea, coffee, and snacks will be served throughout the afternoon and we’ll provide dinner as well. Anyone who is still standing when we close the doors at 21:00 is invited to join us at the pub afterward (we’ll get the first round).

As always, Hackaday’s success is based on the community of hackers, designers, and engineers that make it up. Please share the link to tickets on your social media and pester your friends to attend. Most importantly, don’t shy away from this speaking opportunity. We want to hear your story and this is the place to tell it. See you in London in just a few short weeks!

UPDATE: Wow, that didn’t take long. The tickets are claimed, but make sure you get on the waitlist. A lot can change in the next five week’s and we’ll be pestering all ticket holders to be there or give their seat up for someone on the waitlist.