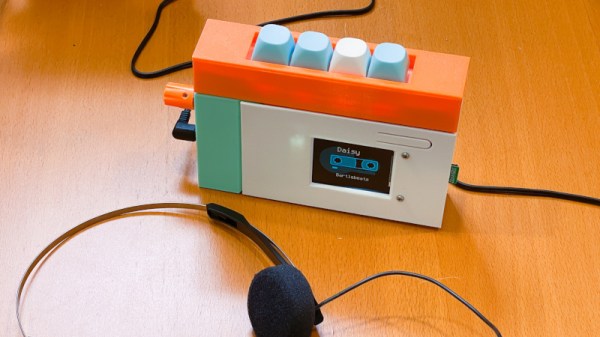 If you weren’t already well aware, the 90s are like, so hot right now, and that includes cassette tapes for some reason. (Even though we personally didn’t have a CD player until 1998, they were around as early as 1982.) But if you don’t dig the quality of cassettes, or if you’d just rather carry around more than 45-120 minutes worth of music, than [John Edgar Park]’s Walkmp3rson is definitely the build for you. That’s pronounced ‘Walkperson’, as in a 21st century MP3-based update of the classic Walkman. 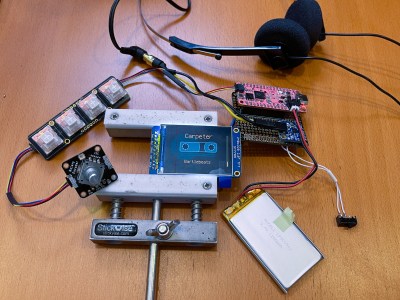 Inside this amazing 3D printed enclosure, you’ll find an Adafruit Feather RP2040 controlling the screen, handling input from the rotary encoder and those sweet mechanical keyswitches, and of course, playing audio files from SD cards through the amplifier breakout board. And no, this isn’t just another MP3 player — well, it kind of is, but the presentation really goes a long way here.

There are tons of retro-modern nods, like the cassette reel animation that plays on the TFT screen, the boxy enclosure, and the fact it involves physical media. Oh yes — you get to insert an SD card whenever you want to change albums/discographies/genres/whatever. In fact, this would be a great use of older, smaller SD cards. You could go all out and make tiny album art to slip inside those milky plastic cases. Check out the brief demo video after the break.

Looking to play your tunes on a microcontroller, but not a fan of the Walkman aesthetic? In June we covered a similar audio player powered by the ESP32 that does an uncanny impersonation of a portable tape deck that you might be interested in.