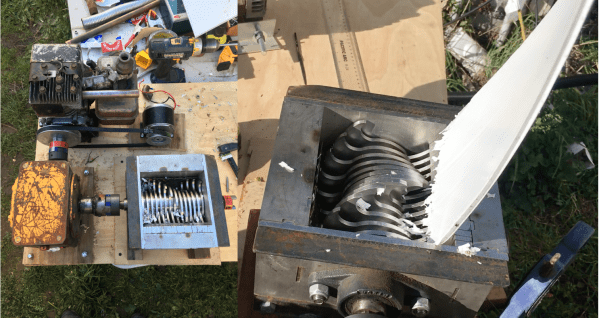 The amount of stuff we humans throw away is too damn high, and a bunch of it harms the ecosystem. But what are you gonna do? [Sam Smith] thinks we can do better than shoving most of it in a landfill and waiting for it to break down. That’s why he’s building The Metabolizer. It’s a series of systems designed to turn household trash (including plastic!) into useful things like fuel, building materials, and 3D prints.

The idea is to mimic the metabolism of a living organism and design something that can break down garbage into both useful stuff and fuel for itself. [Sam] is confident that since humans figured out how to make plastic, we can figure out a system to metabolize it. His proof-of-concept plan is to break down waste into combustible, gaseous fuel and use that fuel to power a small engine. The engine will power an open-source plastic shredder and turn a generator that powers an open-source plastic pellet printer like the SeeMeCNC Part Daddy.

Shredding plastic for use as a biomass requires condensing out the tar and hydrocarbons. This process leaves carbon monoxide and hydrogen syngas, which is perfect for running a Briggs & Stratton from Craigslist that’s been modified to run on gaseous fuel. Condensation is a nasty process that we don’t advise trying unless you know what you’re doing. Be careful, [Sam], because we’re excited to watch this one progress. You can watch it chew up some plastic after the break.

If [Sam] ever runs out of garbage to feed The Metabolizer, maybe he could build a fleet of trash-collecting robots.

END_OF_DOCUMENT_TOKEN_TO_BE_REPLACED 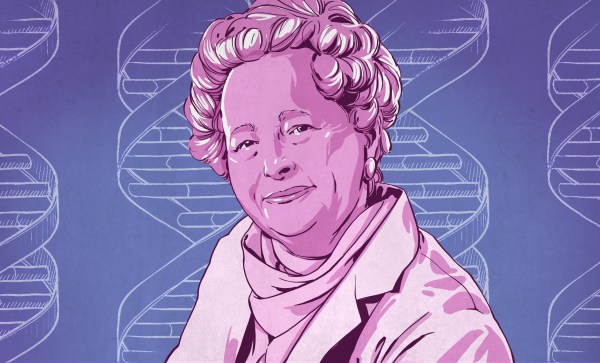 Some people become scientists because they have an insatiable sense of curiosity. For others, the interest is born of tragedy—they lose a loved one to disease and are driven to find a cure. In the case of Gertrude Elion, both are true. Gertrude was a brilliant and curious student who could have done anything given her aptitude. But when she lost her grandfather to cancer, her path became clear.

As a biochemist and pharmacologist for what is now GlaxoSmithKline, Gertrude and Dr. George Hitchings created many different types of drugs by synthesizing natural nucleic compounds in order to bait pathogens and kill them. Their unorthodox, designer drug method led them to create the first successful anti-cancer drugs and won them a Nobel Prize in 1988.