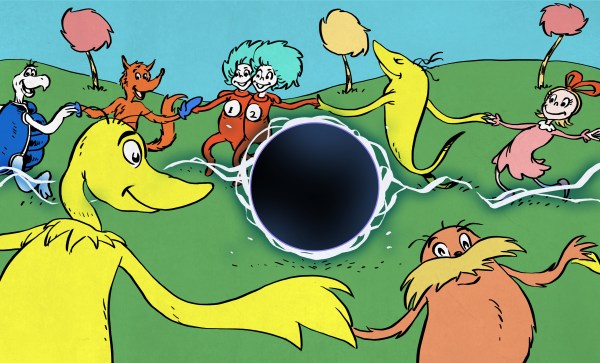 For decades scientists have been building detectors deep underground to search for dark matter. Now one of these experiments, the XENON1T detector, has found an unexpected signal in their data. Although the signal does not stem from dark matter it may still revolutionize physics.

Since the 1980s the majority of scientists believe that the most likely explanation for the missing mass problem is some yet undiscovered Weakly Interacting Massive Particle (WIMP). They also figured that if you build a large and sensitive enough detector we should be able to catch these particles which are constantly streaming through Earth. So since the early 1990s, we have been putting detectors made from ultrapure materials in tunnels and mines where they are shielded from cosmic radiation and natural radioactivity.

Over the decades these detectors have increased their sensitivity by a factor of about 10 million due to ever more sophisticated techniques of shielding and discriminating against before mentioned backgrounds. So far they haven’t found dark matter, but that doesn’t mean the high-end sensing installations will go unused.

END_OF_DOCUMENT_TOKEN_TO_BE_REPLACED

Additive manufacturing techniques like fused deposition modeling, aka 3D printing, are often used for rapid prototyping. Another advantage is that it can create shapes that are too complex to be made with traditional manufacturing like CNC milling. Now, 3D printing has even found its way into particle physics as an international collaboration led by a group from CERN is developing a new plastic scintillator production technique that involves additive manufacturing.

A scintillator is a fluorescent material that can be used for particle detection through the flashes of light created by ionizing radiation. Plastic scintillators can be made by adding luminophores to a transparent polymer such as polystyrene and are usually produced by conventional techniques like injection molding.

END_OF_DOCUMENT_TOKEN_TO_BE_REPLACED

Neutrinos are some of the strangest particles we have encountered so far. About 100 billion of them are going through every square centimeter on Earth per second but their interaction rate is so low that they can easily zip through the entire planet. This is how they earned the popular name ‘ghost particle’. Neutrinos are part of many unsolved questions in physics. We still do not know their mass and they might even be there own anti-particles while their siblings could make up the dark matter in our Universe. In addition, they are valuable messengers from the most extreme astrophysical phenomena like supernovae, and supermassive black holes.

The neutrinos on earth have different origins: there are solar neutrinos produced in the fusion processes of our sun, atmospheric neutrinos produced by cosmic rays hitting our atmosphere, manmade reactor neutrinos created in the radioactive decays of nuclear reactors, geoneutrinos which stem from similar processes naturally occurring inside the earth, and astrophysical neutrinos produced outside of our solar system during supernovae and other extreme processes most of which are still unknown. END_OF_DOCUMENT_TOKEN_TO_BE_REPLACED