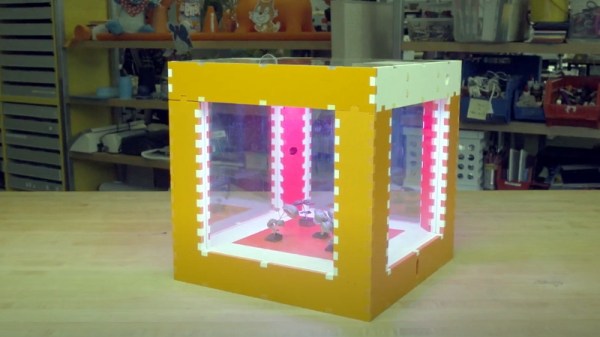 The MIT Media Lab’s Open Agriculture Initiative (OpenAg) promised to revolutionize urban farming with their Food Computers: essentially miniature automated gardens that could be installed in racks to maximize growing space. Each unit would be provided with a “Recipe” that allowed it to maintain the ideal environmental conditions for the species it contained, which meant that even the novice gardener to produce a bumper crop no whether they lived in the Arctic Circle or the Sahara.

With such lofty goals, success certainly wasn’t assured. But we still didn’t expect to hear that the program had to be permanently closed after a string of startling accusations came to light. From engaging in scientific dishonesty to setting off a minor ecological disaster, the story just gets worse and worse. Who could have imagined that one day we’d have to report on an open source project having direct ties to Jeffrey Epstein?

According to reports, MIT Media Lab Director Joichi Ito and OpenAg principal researcher Caleb Harper attempted to secure $1.5 million in funding for the program during a 2017 meeting with the disgraced financier. Epstein apparently wasn’t impressed by what he saw, and no money ever changed hands. Given the information we now have about the project, this might actually be the least surprising part of the story.

It has since come to light that the Food Computers never worked consistently, and indeed never made it past the prototype stage. This despite the fact that Harper claimed that functional units had already been deployed to refugee camps during presentation to potential investors. A scientist working with the project has even come forward with claims that staff were instructed to place plants brought from local garden centers into the prototype Food Computers prior to tours of the lab so visitors would think they had been grown in the devices.

A former researcher working on the OpenAg program, Babak Babakinejad, also went public with his concerns over the environmental impact of dumping waste water from the Food Computers. The lab had a permit to pump nitrogen-infused water into an underground disposal well, but according to Babakinejad, internal testing showed the nitrogen levels in the water would occasionally top 20 times the stated limit. After his concerns were ignored by Harper and other MIT staff, he eventually took his concerns directly to the Massachusetts Department of Environmental Protection which led to an investigation and ultimately a fine of $25K.

We first covered the Open Agriculture Initiative back in 2016, and readers expressed doubts about the concept even then. While we certainly don’t relish making an update like this about a project we’ve featured, it’s an important reminder that honesty and integrity can’t take a backseat to technical achievement.