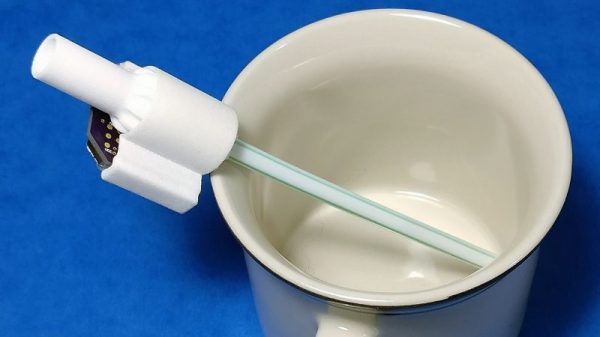 Humans don’t survive long without water, and most people walk around in a chronic state of mild dehydration even if they have access to plenty of drinking water. It’s hard to stay properly hydrated, and harder still to keep track of your intake, which is the idea behind this water-intake monitoring IoT drinking straw.

Dehydration is a particularly acute problem in the elderly, since the sense of thirst tends to diminish with age. [jflaschberger]’s Hackaday Prize entry seeks to automate the tedious and error-prone job of recording fluid intake, something that caregivers generally have to take care of by eyeballing that half-empty glass and guessing. The HydrObserve uses a tiny turbine flowmeter that can mount to a drinking straw or water bottle cap. A Hall sensor in the turbine sends flow data to a Cypress BLE SoC module, which totalizes the volume sipped and records a patient identifier. A caregiver can then scan the data from the HydrObserve at the end of the day for charting and to find out if anyone is behind on their fluids.

There are problems to solve, not least being the turbine, which doesn’t appear to be food safe. But that’s a small matter that shouldn’t stand in the way of an idea as good as this one. We’ve seen a lot of good entries in the Assistive Technology phase of the 2017 Hackaday Prize, like a walker that works on stairs or sonic glasses for the blind. There are only a couple of days left in this phase — got any bright ideas? 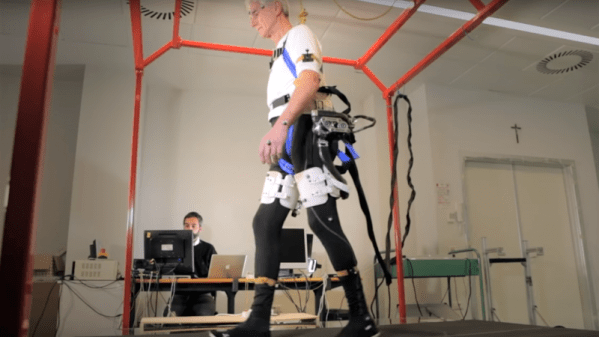