Elliot Williams and Mike Szczys wish Hackaday a happy fifteenth birthday! We also jump into a few vulns found (and fixed… ish) in the WiFi stack of ESP32/ESP8266 chips, try to get to the bottom of improved search for 3D printable CAD models, and drool over some really cool RC cars that add realism to head-to-head online racing. We look at the machining masterpiece that is a really huge SCARA arm drawbot, ask why Hydrogen cars haven’t been seeing the kind of sunlight that fully electric vehicles do, and give a big nod of approval to a guide on building your own custom USB cables.

END_OF_DOCUMENT_TOKEN_TO_BE_REPLACED 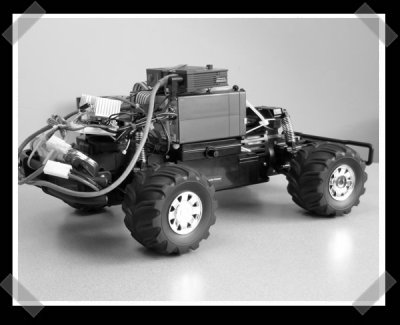 Just a heads up for the linux guys before I hit the hack. If you’re using madwifi drivers, make sure you update em. A remote exploit was released. the researcher played nice and got with the development team before releasing the details.

I’ve been pondering a wifi controlled RC car robot project. I’m thinking of an onboard motherboard and a big battery supply. After considering my own ideas, I like to poke around and check out others. It’s inspiring and I almost always find something I can use adapt or abuse. For the wifi RC car, several have been created already.

The Wi-drive is really an exercise in embedded systems and software control, but looks interesting. Sadly, it appears to suffer from the ‘our college gave us this dev box’ syndrome.

This star climbing enabled monster truck hack looks very promising as a build platform. It was designed to be autonomous, but it could easily be adapted.

Not be forgotten, Ashish’s laser rangefinder based autonomous rc car.

If you’d rather keep the car stock, you could interface the transmitter with a pc with a simple ppm signal generator.

Got any more worthy projects? Shout out.