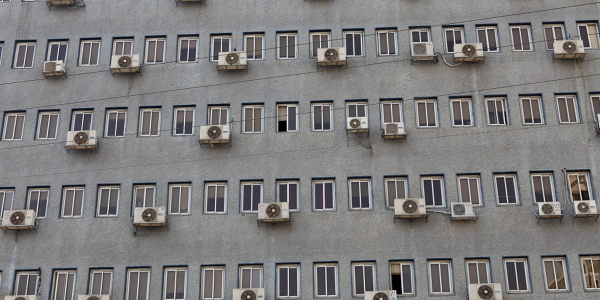 I’m always amazed that technology can totally wipe out industries. Sure, some people make a living making horseshoes, for example, but the demand for them is way down compared to what it would have been when horses were the normal mode of transportation. But even so, people still make horseshoes. But think about the ice harvesting business. Never heard of it? Turns out, before refrigeration, there was a huge business of moving ice from where it naturally occurred to other places and storing it, usually underground with a lot of insulation. As far as I know, that business — including the neighborhood ice man — is totally gone now except for some historical exhibitions. We take refrigeration and air conditioning for granted, but it hasn’t been that long ago that ice was a luxury and your own reprieve from the heat was a fan.

The story starts a little earlier than you might expect. In the 1840s, physician John Gorrie was concerned about “the evils of high temperature.” His hospital in Florida imported ice using the aforementioned ice trade and it wasn’t cheap nor was it very effective.

Undeterred, he developed a machine that used a horse, a waterwheel, steam, or wind power to drive a compressor to create ice. He got a patent in 1851 but it failed to catch on before his financial backer died. In fact, Oliver Evans had the idea in 1805 but never built a working machine. Jacob Perkins patented the first compression cooler in 1834, again with little practical use.

When U.S. President Garfield was shot, Navy engineers built a cooling box using cloths soaked in ice water to cool the president’s hospital room by 20 degrees. Since the mortally wounded president survived 80 days after the shooting, we presume he appreciated the comfort.