If you live anywhere near the tropics, air conditioning isn’t a luxury but a necessity. The problem however is that humid climates can cause conventional air conditioners to draw more power to dehumidify the air than it requires to just cool it, which increases the power needed to run the unit. Back in 1963, there was a proposal to create a cooling system that didn’t foster condensation and couple it with different methods of removing humidity. Researchers in Singapore have now created such a system. It uses a membrane that is permeable to infrared radiation but prevents condensation around the cooling unit.

You can see a video of the apparatus in a pavilion in the Singapore heat in the video below. Chilled water runs through tubes behind a membrane that passes thermal radiation. Since the tubes are not exposed to the ambient atmosphere, condensation is minimal. But heat radiates from the warmer area to the much colder area of the tubes.

END_OF_DOCUMENT_TOKEN_TO_BE_REPLACED 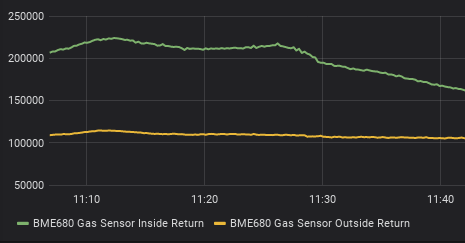 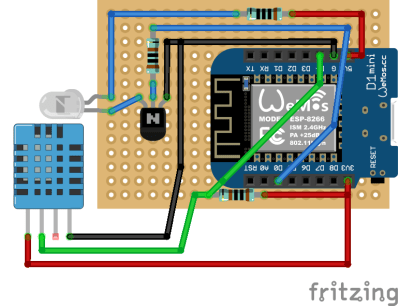 There are some parts of the world where living without air conditioning borders on unthinkable. But in more moderate climates, it isn’t all that unusual. [Josh’s] apartment doesn’t have central air conditioning — the kind that connects to a forced-air heating/cooling system. It does, though, have a water circuit for air conditioning, so he decided to hack a few experimental air conditioners.

He’s not starting completely from scratch. The two attempts he made at building his AC came from donor parts. The successful one started out as a hot water heater. The very first attempt didn’t quite work as well, using a refrigerator compressor and an evaporator from a baseboard heater. The flow control through the heat exchanger turns out to be very tricky, so [Josh] claims he mostly got ice right at the inlet and minimal cooling through the evaporator.

The more successful one works better but still has a problem with the evaporator freezing that he’s trying to solve. He’s looking for suggestions on how to make it work better. As much as we like a good hack, our advice is to move to a different apartment building.

We’ve seen other homemade coolers, but they are more like swamp coolers. If you just need to cool your desk, you might just get some ice in a metal can.

END_OF_DOCUMENT_TOKEN_TO_BE_REPLACED

We’ll all have worked in offices that have air-conditioning, but a little too much of it. It’s wonderful on a baking-hot day to walk into the blessèd cool of an air-conditioned office, but after an hour or two of the icy blast you’re shivering away in your summer clothing and you skin has dried out to a crisp. Meanwhile on the other side of the building [Ted] from Marketing has cranked up the whole system to its extreme because he’s got a high metabolism and an office in the full force of the midday sun.

Wouldn’t it be nice if individual air-conditioning units could be easily controlled. To that end, [Maya Posch] has made a rather nicely designed board that takes a NodeMCU board with its ESP8266 processor, and uses four of its outputs as PWM to produce 0-10 volt analogue outputs via filters and op-amps to control individual units. In addition there is an onboard CO2 sensor and a temperature sensor, with provision for an external temperature sensor. The whole fits very neatly into a standard electrical outlet enclosure.

Software wise, the system uses the Sming framework providing an MQTT  communication with a backend server that allows the users to control their aircon experience. This is very much a work in progress, so the software has yet to be put up. (Hint, [Maya], hint!) The whole project though is an extremely tidy build, in fact a thing of beauty to a standard you’d expect from a high-quality commercial product. It’s this that tipped the balance into our featuring it before the software is released, it’s one to keep an eye on, because quality like this doesn’t come every day.

This isn’t the first aircon control we’ve brought you, take a look at this one controlled through Slack.

Many people with Multiple Sclerosis have sensitivity to heat. When the core body temperature of an MS sufferer rises, symptoms get worse, leading to fatigue, weakness, pain, and numbness. For his entry to the Hackaday Prize, [extremerockets] is finding a solution. He’s developing a wearable, personal cooling device that keeps the wearer at a comfortable temperature.

The device is based on a wearable shirt outfitted with small tubes filled with a cooling gel. This setup is extremely similar to the inner garments worn by astronauts on spacewalks, and is the smallest and most efficient way to keep a person’s core body temperature down.

Unlike a lot of projects dealing with heating and cooling, [extremerockets] isn’t working with Peltiers or thermoelectric modules; they’re terribly inefficient and not the right engineering choice for something that’s going to be battery-powered. Instead, [extremerockets] is building a miniature refrigeration unit, complete with a real refrigeration cycle. There are compressors, valves, and heat exchanges in this build, demonstrating that [extremerockets] has at least some idea what he’s doing. It’s a great project, and one we can’t wait to see a working prototype of.