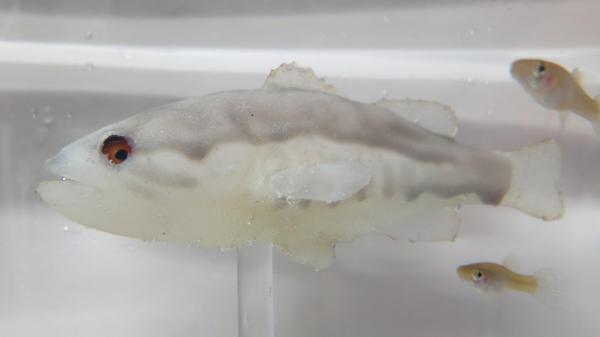 Throughout its history, humankind’s travels have often brought unwelcome guests along for the ride, and sometimes introduced species into a new environment for a variety of reasons. These so-called invasive species are all too often responsible for widespread devastation in ecosystems, wiping out entire species and disrupting the natural balance. Now researchers are testing the use of robots for population control of these invasive species.

The mosquitofish is the target of current research by NYU Tandon School of Engineering and the University of Western Australia. Originally from parts of the US and Mexico, it was introduced elsewhere for mosquito control, including in Australia. There it has become a massive problem, destroying native species that used to eat mosquitoes. As a result the mosquito problem has actually worsened.

As the main issue with these invasive species is that they do not have any natural predators that might control their numbers, the researchers created robots which mimic the look and motion of natural predators. In the case of the mosquitofish the largemouth bass is its primary predator. The theory was that by exposing the mosquitofish to something that looks and moves just like one of these predator fish, they would exhibit the same kind of stress response.

So far laboratory tests under controlled condition have confirmed these expectations, with the mosquitofish displaying clear signs of stress upon exposure to the robotic largemouth bass. Even better, they displayed decreasing weight and were found to avoid potentially dangerous areas, indicating that instead of focusing on foraging, they were in survival mode. This should limit their environmental impact, including their ability to procreate.

Who knows, before long the surface waters of Australia may be home to the first robotic species of fish.

[Bre] dug up this excellent robot fish prototype project. The PPF-O9 has three servos. One on the forward fins to control depth, one on the middle joint, and one final one drives the tail fin. The battery box is mounted to the underside. The control scheme is interesting: the right stick controls left/right and up/down while the left stick controls the frequency and amplitude of the motion. They say the robot is fairly stable, but swimming and turning can be slow. They’ve included CAD files for almost every component to help you with your own designs.

In June, we highlighted a robofish designed for swarm communication.