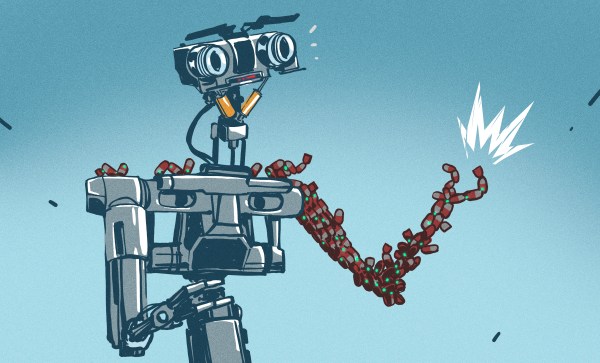 While robots have been making our lives easier and our assembly lines more efficient for over half a century now, we haven’t quite cracked a Jetsons-like general purpose robot yet. Sure, Boston Dynamics and MIT have some humanoid robots that are fun to kick and knock over, but they’re far from building a world-ending Terminator automaton.

But not every robot needs to be human-shaped in order to be general purpose. Some of the more interesting designs being researched are modular robots. It’s an approach to robotics which uses smaller units that can combine into assemblies that accomplish a given task.

We’ve been immersing ourselves in topics like this one because right now the Robotics Module Challenge is the current focus of the Hackaday Prize. We’re looking for any modular designs that make it easier to build robots — motor drivers, sensor arrays, limb designs — your imagination is the limit. But self contained robot modules that themselves make up larger robots is a fascinating field that definitely fits in with this challenge. Join me for a look at where modular robots are now, and where we’d like to see them going.