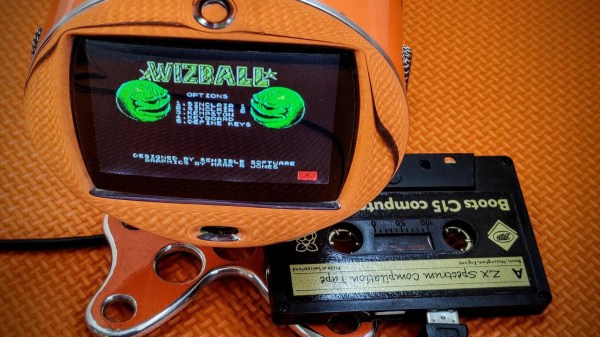 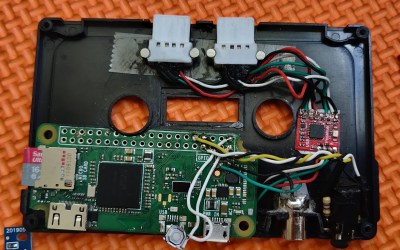 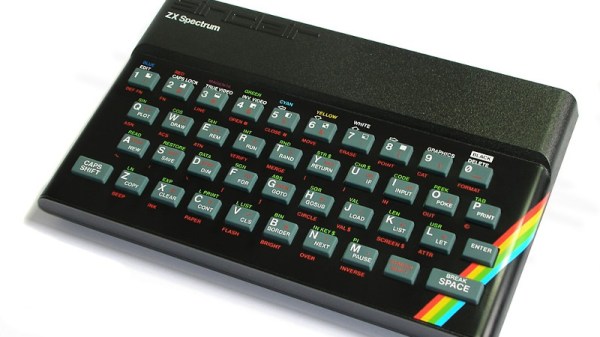 If there is one thing that Sir Clive SInclair was famous for, it was producing electronic devices that somehow managed to squeeze near-impossible performance out of relatively meagre components. This gave us some impressive products, but it’s fair to say that sometimes this philosophy pushed the envelope a little too far. Thus even some of the most fondly remembered Sinclair products concealed significant flaws, and this extended to both their hardware and their software.

The SInclair ZX spectrum’s ROM for example had more than its fair share of bugs, and its BASIC programming experience with single keypress was unique but also slow to run. It’s something [Jonathan Cauldwell] has addressed with his Arcade Game Designer ROM, a complete and ready to run replacement for the original Spectrum ROM that contains a scripting language, a compiler, editors for in-game assets, and a game engine upon which to run your games. It’s the ROM you wanted back in 1983, when you were struggling to fit a bit of Z80 code in a Sinclair Basic REM statement.

If you’re a Spectrum enthusiast and think this sounds a little familiar then you are of course correct. It builds upon his past work with his Arcade Game Designer, with the distribution by ROM allowing the developer to use the full 48k available on all but a very few early 16k machines. You’ll need your own EPROM on which to burn it, but we suspect that if you’re the kind of person who has a Spectrum and has writing these games in mind, you already have access to the relevant equipment.

If you’re new to all this Spectrum stuff and where its ROM came from, then maybe it’s time for a trip down memory lane. 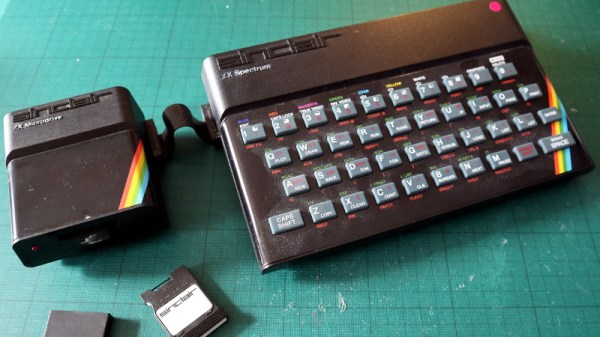 An enduring memory for most who used the 8-bit home computers of the early 1980s is the use of cassette tapes for program storage. Only the extremely well-heeled could afford a disk drive, so if you didn’t fancy the idea of waiting an eternity for your code to load then you were out of luck. If you had a Sinclair Spectrum though, by 1983 you had another option in the form of the unique Sinclair ZX Microdrive.

This was a format developed in-house by Sinclair Research that was essentially a miniaturized version of the endless-loop tape carts which had appeared as 8-track Hi-Fi cartridges in the previous decade, and promised lightning fast load times of within a few seconds along with a relatively huge storage capacity of over 80 kB. Sinclair owners could take their place alongside the Big Boys of the home computer world, and they could do so without breaking the bank too much.

END_OF_DOCUMENT_TOKEN_TO_BE_REPLACED 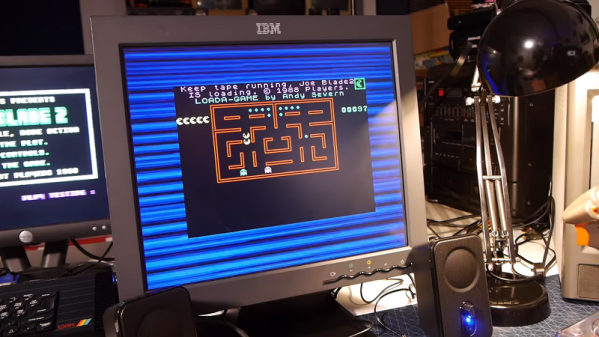 Sinclair Research was best known in the United States for the tiny ZX80, and the ZX81, under its Timex branding. However, they also made the ZX Spectrum which had many features that were — at the time — unusual. A few years ago there was a Kickstarter to recreate a modern version of the Spectrum, and [Nostalgia Nerd’s] new ZX Spectrum Next has finally arrived. As you can see in the first part of the hour-long video he was very excited about it. Almost too excited for YouTube.

The new incarnation of the Spectrum claims to be fully compatible with the original but also offers improved graphics modes, SD cards instead of tape, and an optional 7 MHz clock speed. The 512K of RAM would have been sinfully luxurious back in the day when the original model came with 16K, although the most iconic Spectrums would be the 48K models. The new version even has the option of taking a Raspberry Pi Zero to act as an accelerator.

END_OF_DOCUMENT_TOKEN_TO_BE_REPLACED

Catch up on the past week of hacks with Hackaday Editors Elliot Williams and Mike Szczys. “AI on the Edge” is the buzzword of choice lately, with hardware offerings from BeagleBone and Google to satiate your thirst. We take on spotty data from Tesla, driving around on four bouncy-houses, reverse engineering a keytar, unearthing a gem of a dinosaur computer, and MIPI DSI display hacking. There are tips for getting better at commenting code, and making your computer do your algebra homework.