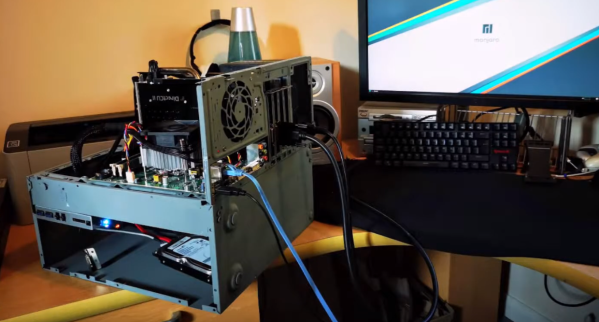 If you’ve built a few PCs, you know how frustrating troubleshooting can be. Finding a faulty component inside the cramped confines of a case can be painful — whether its literal when sharp edges draw blood, or just figurative when you have to open that cramped case multiple times to make adjustments.

[Colonel Camp] decided to make life a bit easier by building this PC test bench which makes component troubleshooting much easier and can be built with old parts you probably have lying around. [Camp] was inspired by an old Linus PC Tech Tips video on the same topic. The key to the build is an old PC case. These cases are often riveted together, s a drill makes quick work of disassembling the chassis to easily get to all of the components. The motherboard pan and rear panel/card cage become the top shelf of the test bench, while the outer shell of the case becomes the base and a storage area. Two pieces of lumber support the upper shelf. The build was primed and painted with several coats of grey.

[Camp] built up his testbench with a modest motherboard, cooler and a 970 video card. He loaded up Manjaro Linux to verify everything worked. The basic hardware has already been replaced with a new system including a ridiculously huge cooler. But that’s all in a day’s work for a test bench PC.

We’ve seen some wild workbenches over the years, and this one fits right in for all your PC projects. Check out the video after the break!

END_OF_DOCUMENT_TOKEN_TO_BE_REPLACED 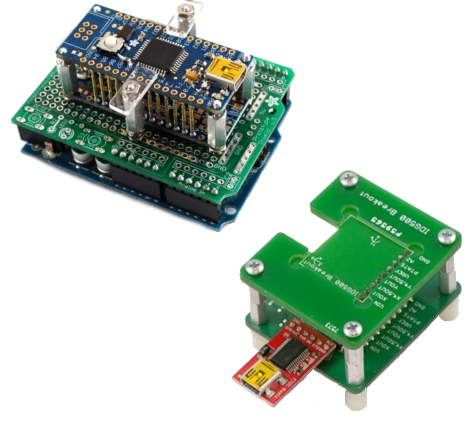 Pogo pins – spring-loaded pin contacts are pretty fun to play with and even cooler when they get used in electronic devices like Adafruit and SparkFun’s test jigs. Check after the break for how these two companies have created their own production hacks. END_OF_DOCUMENT_TOKEN_TO_BE_REPLACED