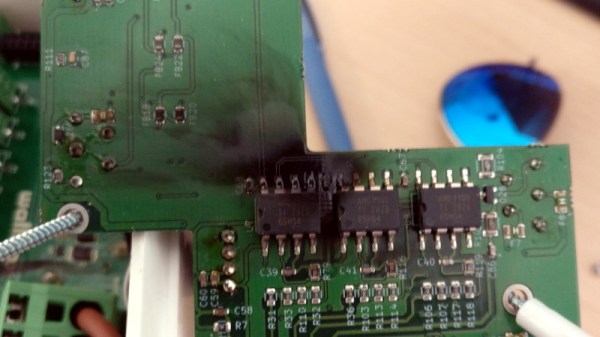 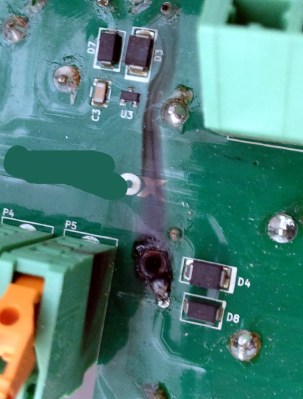 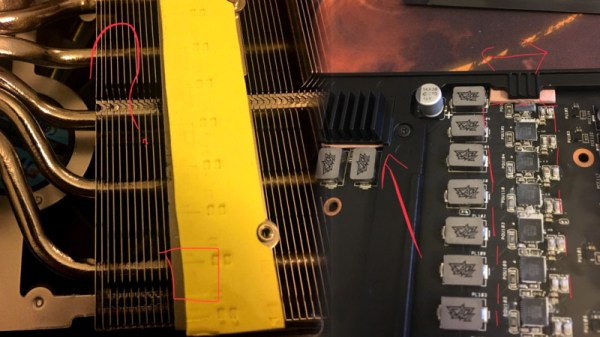 Every year, we demand our computers to be ever faster, capable of delivering progressively more eye-watering graphics and doing it all as reliably as ever. Unfortunately, sometimes, new designs miss the mark. [Cloakedbug] was having issues with voltage regulator temperatures on an ASUS Strix VEGA 64 — one of the latest RADEON graphics cards on the market — and decided to investigate.

Right away, issues were apparent; one of the main thermal pads was making poor contact with the FETs it was intended to carry heat for, and was poorly sized to boot. In a show of poor quality, the pad wasn’t nicely sized for the aluminium plate it was attached to, and was applied in a rather haphazard manner. Suspecting this was perhaps one of the root causes of the card running hot, the decision was made to replace the pad with something more suitable.

Specifying a thicker pad that was properly sized to the heatsink plate was the order of the day, and a couple of other smaller heatsink pads were also replaced, all with Thermal Grizzly Minus Pad 8. [Cloakedbug] reports a temperature drop of over 30 degrees C under load on the VR SOC bank, down from 115 C initially. It sounds like this will go a long way to keeping the card happy and healthy over time. Looking around the web, there’s definitely a few reports of thermal issues out there, so this could be a useful fix if you’re having trouble with the same card at home.

In the end, it’s a simple, tidy fix to an expensive piece of hardware that really should have shipped with this sorted from the factory. We’ve seen a fair few thermal fixes over the years here, like this one involving a thermal camera as a diagnosis tool.