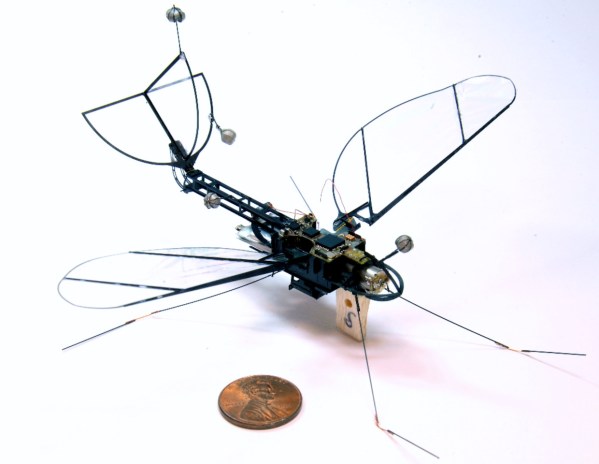 END_OF_DOCUMENT_TOKEN_TO_BE_REPLACED

Published only 3 days before our article on how it is high time for direct metal 3D printers, the folks at Harvard have mastered 3D metal printing in midair with no support (as well as time travel apparently). Because it hardens so quickly, support isn’t necessary, and curves, sharp angles, and sophisticated shapes are possible.

The material is silver nanoparticles extruded out of a nozzle, and shortly after leaving it is blasted with a carefully programmed laser that solidifies the material. The trick is that the laser can’t focus on the tip of the nozzle or else heat transfer would solidify the ink inside the nozzle and clog it. In the video you can see the flash from the laser following slightly behind. The extrusion diameter is thinner than a hair, so don’t expect to be building large structures with this yet.

If you want big metal 3D printing, you should probably stick to the welders attached to robotic arms.