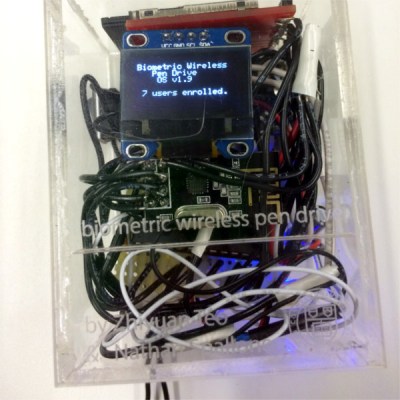 Fingerprint authorization gives the unit some physical security, but [Nathan] and [Zhi] would like to add an encryption scheme. Due to budget limitations and time constraints, the data transfer isn’t very fast (840 bytes/sec), but this isn’t really the nRF modules’ fault—most of the transmission protocol was implemented in software and they simply ran out of debugging time. There is also no filesystem architecture. In spite of these drawbacks, [Nathan] and [Zhi] created a working proof of concept for wireless biometric storage that they are happy with. Take a tour after the break.