If your shop is anything like mine, you’ve got a large selection of colorful cans claiming to contain the best and absolutely only lubricant you’ll ever need. I’ve been sucked in by the marketing more times than I care to admit, hoping that the next product will really set itself apart from the others and magically unstick all the stuck stuff in my mechanical life. It never happens, though, and in the end I generally find myself reaching for the familiar blue and yellow can of WD-40 for just about every job.

But that’s the easy way out, and it’s not always – or often – the best choice. With that in mind, I wanted to explore what exactly lubricants are and how they work, to enable more informed decisions on which lube to choose.

So why do we even need lubricants in the first place? Why can’t two pieces of metal ground and polished to a mirror finish just be rubbed over each other? In a word: asperities. Asperities are the microscopic peaks and troughs that cover even the most finely finished surfaces, and when they drag over each other, they snag and catch. The force needed to overcome the friction this creates can break off the tiny peaks, resulting in both wear of the metal surfaces and heat as the kinetic energy is transformed into thermal energy.

Lubricants are just substances that keep surfaces separated. In the case of our finely polished metals, a lubricant may be a fluid that fills the voids between the asperities, reducing snagging. Friction is reduced, the heat that’s created is conducted away from the surfaces, and any asperities that do touch and break off are flushed away by the lubricant.

Most – but not all – lubricants common in the home shop are based on some form of mineral oil, which is just a highly refined petroleum distillate. Various substances, including viscosity modifiers, detergents, and corrosion inhibitors are added to the base oil to give the resulting lubricant different properties.

One way to classify liquid lubricants and select the right one for the job at hand is to look at viscosity. The thinner the lubricant, the easier it can flow and wick between surfaces, while thicker lubes can typically stand up to higher pressures and temperatures. On the thin end of the viscosity spectrum we find the penetrating oils. Usually the first product we reach for when a rusty bolt resists our attempts with a wrench, penetrating oils are just low-viscosity oils that can seep into the threads and lubricate the surfaces. Common brands include Liquid Wrench, PB Blaster, Kroil, and the ubiquitous WD-40. Each product claims to have just the right mixture of secret ingredients needed to dissolve rust and release that frozen bolt with minimal effort.

All of these products work to some degree, but do they justify their expense? Maybe not. In 2012, a group of engineering students from Drexel University studied alternatives to commercial penetrating oils, which are often expensive or hard to come by in developing countries. In a controlled series of experiments, they determined that a simple mixture of vegetable oil and acetone was far superior to WD-40 in reducing the breakout torque of nuts rusted onto bolts. Similar comparisons show that a 50-50 mix of automatic transmission fluid (ATF) and acetone beats the commercial penetrating oils at a fraction of the cost.

I must admit that I’ve always been disappointed at the performance of commercial penetrating oils when it comes to rusty fasteners, so I’m keen to try out an oil can filled with the ATF-acetone mix. But I doubt I’ll be giving up on WD-40 altogether – after all, it makes a dandy adhesive remover, and I’ve never found anything better at getting tree sap off my hands and tools after a day on the woodlot.

Grease is the Word

Moving way up the viscosity scale, we find the greases. Greases are semi-solid mixtures of a base oil and some kind of thickener, usually a soap. Greases exhibit a characteristic property called shear thinning – when shear forces are placed on them, their viscosity decreases. That makes it sticky and thick enough to let you pick up a small nut with a dab of grease on a fingertip, but stepping on a drop of the same grease would make you slip.

The soap used to thicken the grease determines some of the lubricant’s properties. One of the most common greases is lithium grease, formed by thickening a base oil with the soap lithium stearate. Lithium soap adds thermal stability and high load handling properties to grease, as well as bonding well to the metal. Lots of additives make it into modern greases, such as anti-oxidants, corrosion inhibitors, or even solid lubricants like molybdenum disulfide or Teflon. Unlike penetrating oil, a DIY alternative to commercially prepared grease is probably more trouble than it’s worth – but that doesn’t keep people from trying.

Since grease selection is highly dependent on the application, what you should stock is based on what you do. A shop that does a lot of auto work will need tubes of molybdenum grease and a grease gun; shops that specialize in electronics might need a tube of heat sink compound, which is a high-temperature silicone grease with zinc oxide added in.

Silicones are interesting compounds. While the base oils in most greases are based on the hydrocarbon polymers in petroleum, silicones are polymers with a backbone of silicon and oxygen. The polymerization reaction and the selection of monomers can be tweaked to produce silicone oil or various kinds of silicone resins with properties similar to rubber or plastic.

Silicone oils, most notably polydimethylsiloxane (PDMS) can be mixed with a thickener like vaporized quartz sand or Teflon to make silicone grease. Silicone grease tends to be rather expensive and so its use is limited to places where a little dab’ll do you, like lubricating O-rings or preventing laboratory glassware fittings from seizing up. Silicone grease is often used in automotive brakes, too, due to its ability to resist heat breakdown.

As Waterproof as a Sheep

Most lubricants needed in the home shop are based on mineral oils. But long before they become fossil fuels, living things often find a way to provide useful lubricants. Sheep’s wool is the source of one of the most useful natural lubricants, called woolwax or lanolin. Sheep secrete the waxy substance from their skin to keep their fleece from becoming like a sponge in a rainstorm. It’s washed from fleeces with hot water and detergents in a centrifugal extractor and purified into a solid waxy substance with a melting point near body temperature. That makes lanolin an important component in cosmetics and in medical products, but that doesn’t mean it can’t be used in the shop. 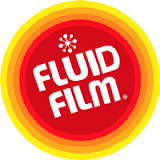 One extremely useful and somewhat underrated lubricant is a product called Fluid Film. Very big in agriculture and the marine trades, Fluid Film is basically liquified lanolin. When it’s sprayed or brushed onto metal, the lanolin penetrates and leaves a waxy film that makes the metal as waterproof as a sheep. It’s especially important in lubricating cutter bars in combines and harvesters, where hydrocarbon-based lubricants can cause burning when crops are cut. I use Fluid Film everywhere, especially on tools that will be exposed to the elements. It does have a distinctive aroma that might not make it welcome in an enclosed space, so check it out before spritzing on that squeaky hinge on the front door. No one lubricant product does it all, but if I had a “desert island” pick, it’d be Fluid Film for sure.