As a wideband oxygen sensor system costs only around $250, it didn’t make sense for me to buy another narrowband sensor when I had to upgrade to a wideband later anyway. I chose the Innovate LC-2 wideband controller kit with the DB gauge. This comes with a Bosch 4.9 wideband O2 sensor, the LC-2 controller, all the cabling required to install & program the controller, as well as a nice green LED 52 mm gauge so you can regale your dates with your highly accurate knowledge of your car’s air fuel ratio. The LC-2 is a good controller for a setup like mine, as it includes an emulated narrowband signal output. This allows me to use the wideband controller with my stock ECU, while I save up for an aftermarket unit that can understand the wideband outputs.

The first step prior to install was to run a calibration on the wideband controller. To do this, the controller must be powered up with no sensor attached, and left for approximately 30 seconds until the LEDs flash correctly. Then, the controller must be powered down, and then powered back up with the sensor attached. I did this using a bench power supply, however the calibration failed as it could only deliver 1 amp which wasn’t enough for the sensor’s heater. A second attempt using an ATX power supply which could deliver more current was successful.

The main requirements of the install are switched twelve-volt power for the wideband controller. It’s important to find a power line that’s only on when the ignition is in the ON position. This is because the wideband sensor has a heater to keep it at the right temperature for measurement. If you run this directly off twelve volts from the battery, it will drain the battery even when the car is off, and also burn out the sensor. As my car is focused more on performance than creature comforts, I decided to commit to having no stereo in the car. If you insist on leaving your stereo installed, you may want to run a separate fused twelve-volt line instead.

With the stereo gone, I decided to install the gauge where the car stereo would normally go, and ran this off the same power lines, which was easy enough as a few LEDs only require a couple hundred milliamps at most. My father was kind enough to fab up a stereo blanking panel to fit the gauge into which looked incredibly tidy once installed.

The LC2 comes set up with two analog outputs, one wideband on the yellow line and the aforementioned emulated narrowband output on the brown line. I ran the wideband output directly to the gauge and ran the emulated narrowband output on a wire heading all the way back to the engine bay. It was easier to splice into the stock ECU’s oxygen sensor lines there, rather than fighting with a mess of wires under the glovebox. The trick was to cut a small slit in the main engine harness grommet on the firewall to pass my new O2 sensor line through.

It was when I was running this wire that I realised the likely cause of the original O2 sensor failure. A previous owner had installed custom exhaust headers, which necessitated moving the original oxygen sensor to a new position. As the harness wasn’t the right size, they’d cut the original sensor’s line and spliced it together with a “quick-splice” connector. These things are universally awful and make terrible connections, and should never be used in an automotive environment, not even for a radio. This is almost certainly the reason the ECU wasn’t able to get a proper reading from the original oxygen sensor!

Next I had to figure out how to route the cable from the wideband controller inside the cabin to the sensor mounted in the exhaust. American Miata owners typically pass this through a spare grommet on the driver’s side of the firewall, however those of us that drive on the opposite side of the road don’t have this available. Working on an Australian-delivered car, I was instead able to find a grommet perfectly located on the passenger side footwell for a small air conditioning hose, and crammed my cable through there instead.

Unfortunately, the worst was yet to come. It was time to install the new sensor into the exhaust. The problem was the absolute butcher who installed the sensor previously. The sensor had been completely cross threaded and torqued to an ungodly level. After much soaking in penetrating oils, I was able to remove the old sensor, but the threads were now completely gacked, to use the technical term. There was no hope of properly installing the new sensor without first sorting them out.

Those who know me well will be aware that I don’t exactly work in the most well-stocked garages. The correct sized tap would allow me to quickly clean up the threads without much issue, but I own as many taps as I do double-decker buses. With the clock having struck midnight, there was absolutely zero hope of a trip down to the store either. Thankfully, this is where the junkyard expeditions of my youth came to save me.

In previous years, having tried to troubleshoot one of my former rides, I’d procured a couple of second-hand oxygen sensors from the junkyard. I was lucky enough to find one still lying around, and it was called up for duty. Very delicately, I inserted it into the sensor bung in the exhaust, getting it as straight and parallel as possible, before gingerly beginning to torque it down. Going a half-turn or so at a time, and then backing off a quarter, as is the technique, I managed to cut a serviceable thread back into the exhaust, and saved the day. The new Bosch 4.9 wideband sensor was thoughtfully already coated with anti-seize, and I was now able to gingerly thread it into place without further issue.

By this point, it was now 2AM and I was depending on this car to run so I could propel myself home to my nice, comfy bed. By some dumb stroke of luck, or perhaps because fundamentally getting this install right only depended on the correct soldering of six wires, it worked first time, and the gauge sprang into life reporting my engine’s AFRs! Once the engine was warm, one could plainly observe the ECU’s control loop hunting for a stoichiometric mixture either side of that magical 14.7 number. Success was sweet.

Overall, the install went remarkably smoothly for a project involving a 26-year-old car and some seriously stuck old parts. After several weeks of use I can report the sensor is functioning well, though my car’s fuel economy is still remarkably poor, meaning I must hunt further for other issues. I recommend anyone to take on this hack if you’re heading down a similar path of modification, and wish you all good luck with your own project cars. May they return to the streets before rust returns them to the earth of your back garden! 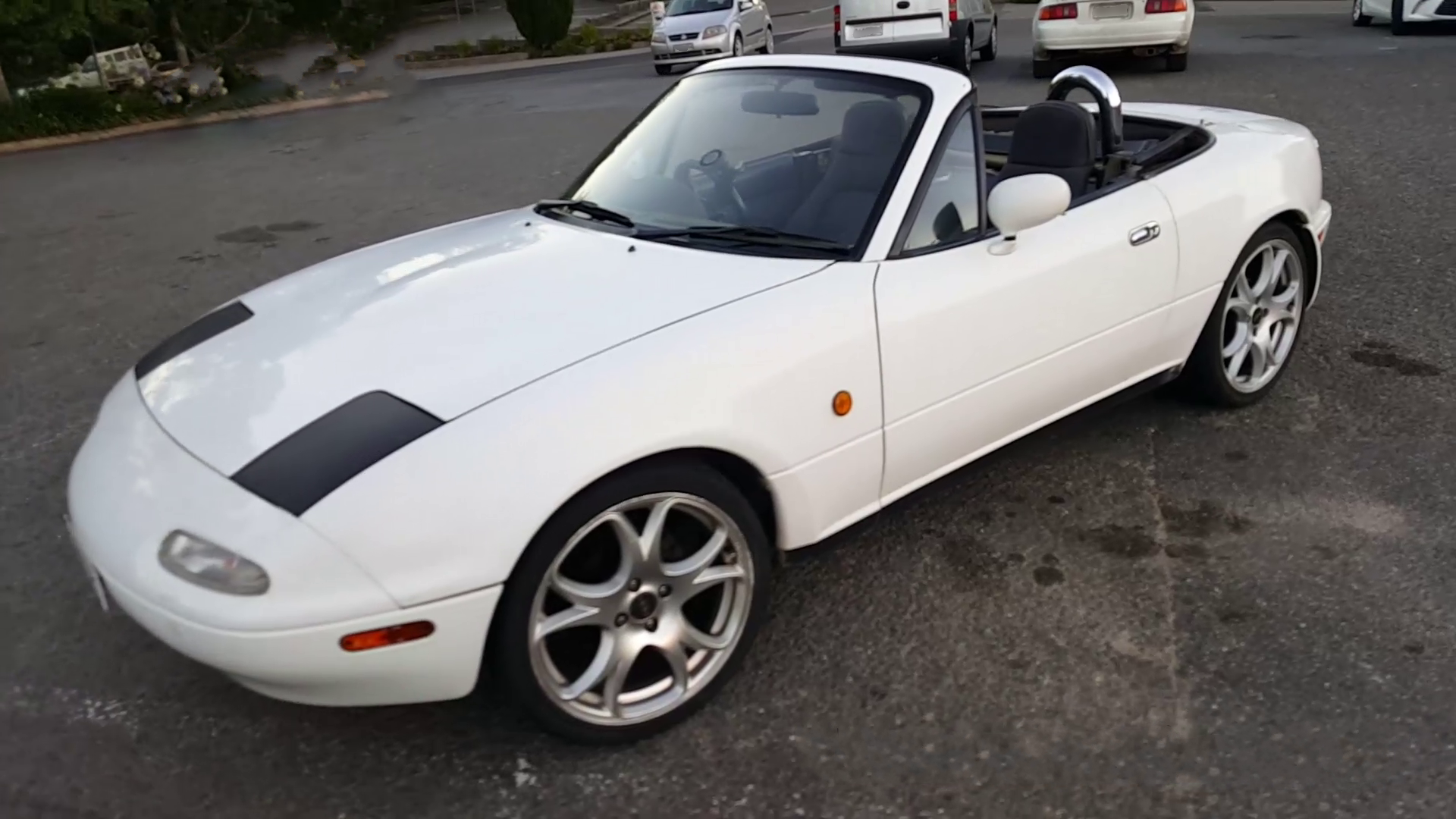 40 thoughts on “Wideband Woes And The Junkbox Miata”