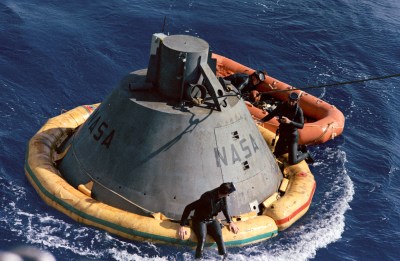 The AGI, the Navy, and a Capsule Lost 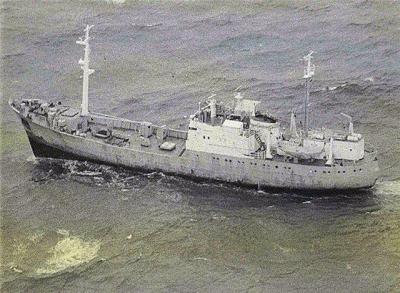 AGI crews were highly trained, and after the Cuban missile crisis, the U. S. Navy had a program to actively discourage them by pushing against them, fouling their screws with steel nets, and focusing high power electromagnetic transmitters to burn out their electronic sensors. There were even cases of dumping ship’s garbage from a helo onto the decks of an AGI. Of course, the AGIs also crowded the U. S. ships and occasionally would strike them, so it wasn’t all one sided. This ended — for the most part — when both sides signed a treaty in 1972.

However, in 1969, U. S. Navy ships often had AGI shadows. We don’t know the exact circumstances or if one or more AGIs were involved, but apparently BP 1227 was lost during those 1969 training exercises. It is a good bet that if an AGI was not involved in causing the loss, one or more did know exactly where the boilerplate capsule went down.

The is where the story goes cold for a while. There is a rumor that we know so little because the US and the Soviets agreed not to disclose some details of what happened until 2021 — which isn’t that far away. Here’s what we do know. 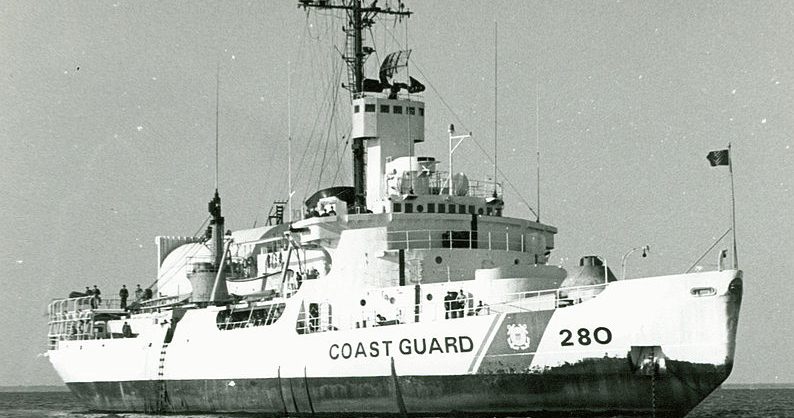 This is the Southwind, a US Coast Guard Wind-class icebreaker which was in the fleet for less than a year before the ship was given over to the Russians in 1945 as part of the Lend-Lease program. She was renamed the Admiral Makarov and joined Russia’s fleet for a brief five years before they gave her back and she became a US Navy ship, Atka.

In 1966, the Coast Guard got the ship back from the Navy and reverted the name to Southwind. You’re likely wondering why the long backstory on this ship. In 1970, is was the Southwind that became the first U. S. vessel to visit the Soviet Union since the end of World War II. The ship had an AGI escort, the whole way.

It docked at Murmansk where the crew took shore leave and the ship was open for public tours by Soviet citizens. The surprise, though, was when the Soviets presented Southwind with BP 1227 which had been found by a “fishing boat.”  They lashed the faux capsule to the deck, and returned it to England. NASA eventually took possession and gave it to the Smithsonian. From there it was loaned for 100 years to the museum in Grand Rapids.

You can only speculate on why the Soviets would do this. It is doubtful they forcibly took the capsule, of course. We would guess it went under and they returned under better conditions and salvaged it. Why take the trouble? Maybe to say that they could. After all, the U. S. spent a lot of effort to temporarily steal a Lunik capsule that was also not a working flight article. You never know what information you could glean from something like that until you have it in your hands. You’d think the propaganda value alone would be good, but surprisingly, few people know the story of BP 1227. But now, you do.

Nearly 50 years later, with the Russians and the U. S. as major partners in the International Space Station it is hard to imagine that this kind of thing went on. You also have to wonder what a world space program with one direction and one massive budget could accomplish.

44 thoughts on “Spy Tech: How An Apollo Capsule Landed In Michigan After A Layover In The USSR”