To start, let’s look at what we know about Elon’s creation. Named “Wild Boar” after the children’s soccer team, calling the craft a submarine is perhaps overly generous. Essentially, the Wild Boar is a sealed tube that divers would pull along through the cave system. It has no propulsion, indeed no active control systems of any kind. Ballast is provided by diver’s weight belts, which would be added and subtracted as necessary depending on the weight of its occupant.

The hull is a five-foot-long section of the liquid oxygen (LOX) transfer tube used in the Falcon 9 rocket. For those who may have slept through “Orbital Boosters 101”: the transfer tube is used to move the supercooled LOX from its tank at the top of the rocket’s first stage, down through the fuel tank located in the lower section of the stage, and into the manifold which distributes it to the nine Merlin engines.

As LOX chilled to -207 C moves through it at a rate of roughly 380 US gallons per second, the LOX transfer tube is naturally rather large and exceptionally strong. Of course, being a component intended for a rocket it’s also lightweight — a fact backed up by Elon’s mention that the entire Wild Boar weighed around just 90 pounds. This is important, as not all sections of the cave were flooded and the rescuers would need to carry or drag it occasionally.

The front of the Wild Boar is capped with a nose cone to protect the attachment point for the air lines. This part was presumably created on short notice by employing the same spin forming technique SpaceX uses to manufacture the exhaust nozzles for their Merlin engines. Besides protecting the air lines, the pointed nose would help guide the Wild Boar through the tight cave passageways as it glanced off of obstructions.

The rear “hatch” of the Wild Boar is made of an acrylic disc, held on with eight thumb screws and sealed with an o-ring. Elon says this was made clear so divers would be able to see the occupant’s head, presumably to allow for some level of communication through hand signals.

As for what’s inside the Wild Boar, that’s a little harder to say. Throughout the course of its rapid development and construction, Elon mentioned the inside would have everything from neoprene insulation to a sound system so the occupant could listen to music during the journey. It’s unclear how much, if any, of these “luxury” features were finished by the time it arrived at the Tham Luang cave.

That the Wild Boar could safely hold a human occupant while submerged is not up for debate. Not only is the design exceptionally straightforward, but it completed at least one manned test dive before being shipped to Thailand.

What’s less certain is if it could be safely navigated through the twists and turns of the cave, and equally importantly, could a child actually endure the trip. As reported by a number of news agencies, Narongsak Osatanakorn, supervisor of the rescue operation was quoted as dismissing the Wild Boar as “not practical for this mission”.

The main concern was that the Wild Boar was simply too large to reach the stranded children, as its diameter was just two inches smaller than the tightest area of the cave. It’s length and rigid construction would also make it difficult to get through some of the tighter turns, and if it got stuck and blocked the passage, the results could have been disastrous.

Even if the Wild Boar could make it to the children, many questioned whether a child that was already in a weakened mental and physical state could remain calm in what is essentially a metal coffin during the five hour trip through the cave. With no room to move inside the craft, some speculated the children would have needed to be sedated if they were to have any hope of making the journey.

The Best of Intentions 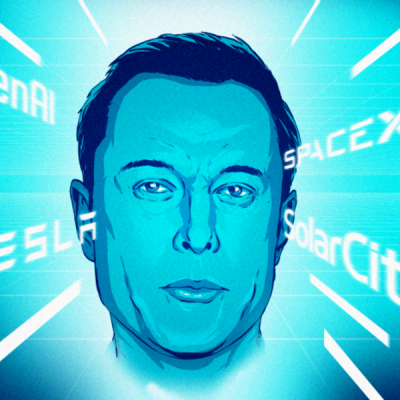 For his part, Elon maintains that he was in close contact with divers that had first hand experience with the Tham Luang cave during the design and construction of the Wild Boar, and that he believes it could have reached the children had the authorities deemed it necessary. He went as far as to claim on Twitter that he would personally return to the cave with the Wild Boar and demonstrate that it could reach the location where the children were stranded, but has since deleted the message.

It’s clear that the Wild Boar was unneeded, as evidenced by the simple fact that everyone was rescued without it. Equally true is that using the Wild Boar would have inherent risks to both the divers and the children, though whether or not the situation could have gotten so dire that those risks would have been worth taking is debatable. Had the rains continued or the children proved too weak to make the journey out of the cave, things might have gone very differently. We’ll never know.

The Wild Boar is equal parts brilliant and naive, an earnest gesture that’s simply too complex for its own good. It’s the creation of a man who’s turned the impossible into the possible so many times that he now looks at every problem as an excuse to build something that everyone says can’t be built — perhaps a victim of the Engineer-Saviour Trap. There’s little doubt that Elon’s crew has a gift for dreaming up big ideas, this was just a dream nobody wanted.