This sounds crazy, but the trick was to use a spinning rotor with a contact and a matching but movable contact. You’d move the contact to examine different points on the standing wave using a galvanometer (basically a compass with a coil of wire). The speed of the rotor would essentially be your sweep and you would hope the rotating contact was in sync with your waveform. 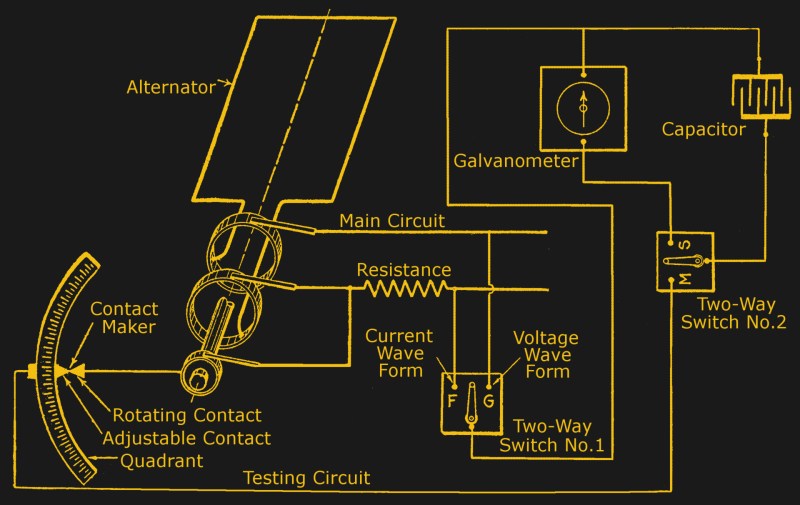 As you might expect, this was pretty crude and relied on the waveform being constant because your first and last measurement would be many cycles apart. The figure above shows Jules François Joubert’s system for semi-automating the processes which showed up in books around 1915 or so. In fact, there were several variations and you can read more about how it all worked in chapter 63 of Hawkins Electrical Guide.

Hawkins describes two ways to obtain a waveform: the step-by-step methods like Joubert’s, and the constant-recording method which includes cathode ray tubes, glow lights, moving iron, moving coil and hot wire methods. Remember, a cathode ray tube, at the time, was essentially a laboratory curiosity and required a lot of ancillary equipment and know-how to operate. 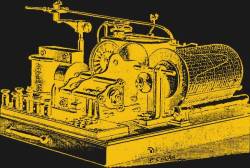 One automation attempt was to use the Hospitalier ondograph — a sort of automated Joubert apparatus. While not a catchy name, the ondograph used a synchronous motor geared so that the rotating contact makes one less revolution per minute than the motor does. On each pass, a condenser (what we call a capacitor) would charge to the measured value on the contact which then discharged into a galvanometer with a pen like the one to the left.

Another system involved connecting a mirror to the galvanometer and using a “falling plate” camera. A photographic plate (piece of film, essentially) would slide down under the force of gravity in front of a slit that allowed light from the galvanometer. Effectively, the falling film was the horizontal deflection and the mirror’s position was the vertical deflection. Clever, if mechanically complicated.

The Mother of Invention

There were many other ways to convert signals to visual using mirrors, lights, and even gas flames. One General Electric instrument used mirrors and a synchronous motor to project to a sheet of glass so an operator could trace the image to paper. One method that Hawkins describes as a “glow light oscillograph” appears to use a bulb like a neon bulb, but without the neon. Which electron has a glow around it would let you know if the current was positive or negative. 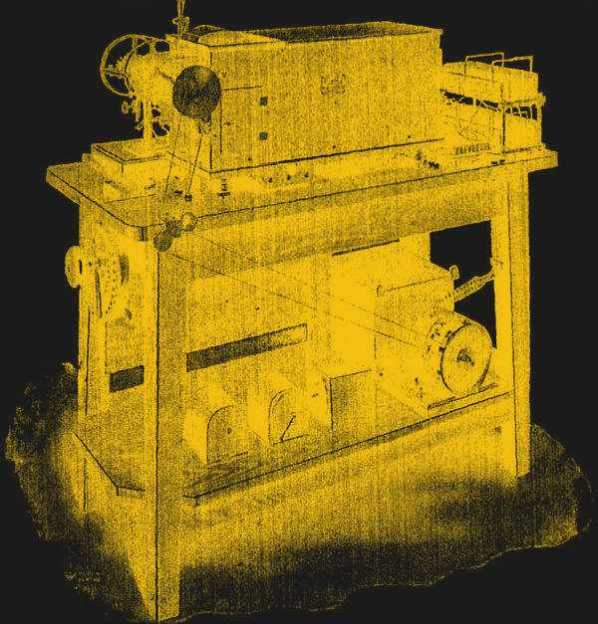 The synchronous motor ran at up to 125 Hz (cycles, in the Hawkins book) so capturing a USB bus transaction with one of these wasn’t going to happen.

And what did the results look like? Not bad, we suppose, but it does make you appreciate your scope, whatever it is you have. Perhaps the best images came from using a movie camera instead of a falling plate camera. Don’t forget, though. In those days you’d have to develop the film, too.

The CRT would eventually replace all of this before itself being largely replaced. Early CRTs — Braun tubes in 1897 — only had vertical deflection so a rotating mirror provided the horizontal time base. The idea to move the beam magnetically in the horizontal direction didn’t arrive until 1899.

In 1931, Zworykin produced a sealed CRT with a thermionic emitter that only required a few hundred volts to operate. Not long after that General Radio produced the first of what we would think of as an oscilloscope.

Well, sort of. The first scope — a 535 — was a collection of parts: a power supply, a tube mount, and the CRT. The type 635 scope in 1933 from General Radio (also called GenRad) had everything in one box but still lacked any amplifier or horizontal sweep circuits. The 687 was the last scope GenRad produced, in 1934, and it had the missing sweep circuit. It didn’t have any amplifiers, though. It was odd that the front panel of the scope was what we would think of as the left side and the CRT was by itself on the front. Or perhaps, the front was the panel and the CRT pointed out of the right. Depends on your point of view.

It is amazing how far we’ve come in less than 100 years. However, it is also funny to me that we might not invent some of these creative solutions because we’ve become so spoiled. You can only wonder if in one hundred years someone will be chuckling at our quaint way of doing computing, perhaps. Or thinking that we must have been geniuses for getting anything done in such a primitive environment.

27 thoughts on “The Pre-CRT Oscilloscope”