Despite the fact that the United States and China are currently in the middle of a 90-day “cease fire” in their ongoing trade war, with new tariffs on hold until March 2019 while the two countries try to reach agreement, not everyone is waiting around to see who comes out on top. In a recent press release, action camera manufacturer GoPro has announced their intention to move some production out of China in the face of potential tariff expansions; which many analysts fear will be the result of the current stalemate. That’s right, only some of their production is moving.

“We’re proactively addressing tariff concerns by moving most of our US-bound camera production out of China,” says GoPro CFO Brian McGee. “We believe this diversified approach to production can benefit our business regardless of tariff implications.” Reading his words carefully, the key phrase here is “diversified approach”. GoPro doesn’t intend to move their entire production capability out of China, but only the production of the cameras which are designated for importation into the United States. GoPro models which are to be sold to other parts of the world will still be made in China.

This might seem an extravagant move just to avoid US tariffs, but with better than 40% of GoPro’s revenue for the third quarter of 2018 coming from the Americas, the company stands to be hit hard by the proposed 25% tax. Combined with the fact they shuttered their drone division last year citing “an extremely competitive aerial market”, and the proliferation of “GoPro clones” available for pennies on the dollar, it seems pretty clear that belt-tightening is the name of the game for the company that was once synonymous with action cameras.

The current Administration of the United States has made combating what it sees as unfair practices and intellectual property theft by Chinese companies a top priority, and as a punitive measure has enacted significant import taxes on many products. Additionally these taxes are seen as a way to help domestic manufacturers remain competitive with Chinese imported goods, which historically have been available at a much lower price to consumers. These actions are predicated on a theory that a high enough tariff on Chinese-made products could lead to a resurgence of American manufacturing. 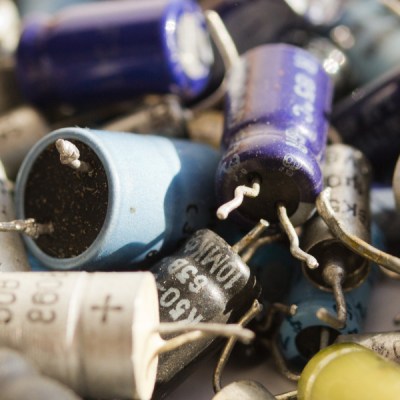 A side effect of these policies is that since individual components (LEDs, transistors, capacitors, etc) are subject to increased import taxes, even manufacturers who are building their products in the United States are impacted. It’s not as if US manufacturers can simply flip a switch and stop purchasing imported parts, the reality is that it will take time and capital to ramp up domestic production of these components. Even products which have remained proudly made in America will almost invariably use at least some imported components as a matter of course.

What GoPro has decided to do is take the third option; in effect exploiting a loophole in the US-China trade war. If completed cameras will be subjected to high import taxes, and if cameras assembled in the United States would still require Chinese imported components, then the most logical course of action is to simply build the cameras in a country that’s not China or the United States.

The company hasn’t announced which country GoPro will move their US-bound cameras manufacturing to, but bets are on another Asian country such as Cambodia or Vietnam where labor is cheap. Once operations have been set up in this third country, they will import the required Chinese components without the tax penalty, and export the final product to the United States. It will be the same exact product as before, made on the same machines as before, but now the sticker won’t say “Made in China”.

The Mobile Factory of the Future

There’s only one problem with this plan: how do you move production to another country at a low enough cost to make it financially viable? Even with the looming threat of higher import taxes, it would seem that building and staffing an entirely new factory would be the “nuclear option”. But according to McGee, GoPro is unusually well suited to this redistribution of labor. “It’s important to note that we own our own production equipment while our manufacturing partner provides the facilities, so we expect to make this move at a relatively low cost.” 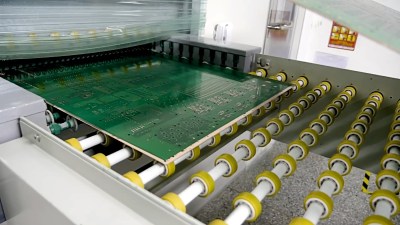 In other words GoPro needs to secure a location in a third party country, physically move a few of its production lines over, and then hire some local labor to work it. At worst, this will result in a temporary reduction of manufacturing capacity.

As a thought experiment, let’s imagine GoPro has ten assembly lines at their current Chinese factory. Rather than relocating all of them at the same time, they would simply be packing up and moving the four of them which represent the 40% of their sales slated for America. Since GoPro owns all the equipment needed to build their cameras, it’s merely a matter of logistics to move their assembly line to a (relatively) nearby Asian country as needed depending on the current geopolitical climate.

With the specter of expanded tariffs looming over manufacturers, one wonders if such “mobile” factories will become increasingly common. Given how prevalent automation is in modern manufacturing and the level of homogeny between Asian factories, it stands to reason that a manufacturer should be able to take their own production equipment and simply move it around to find the best price on not only the facility to house it in but the workers to operate it. If nothing else, it may be that the US-China trade war ends up kicking off a new trend of what might be called “Nomadic Manufacturing”.

A War on Many Fronts

Critics will no doubt point to GoPro’s move as evidence of the futility of the Chinese tariffs. Indeed, GoPro isn’t planning to bring the production of their cameras to America, and in the end they’ll still be using Chinese components. The flip side of the argument is that China may see these new “migratory” factories as a threat to their economy and make them more likely to capitulate in trade negotiations. For a country that’s often referred to as “The World’s Factory”, anything that incentivizes companies to manufacture their goods elsewhere is a problem. At the same time, the United States would benefit from a more diversified supply chain in the event of further deteriorating Chinese relations.

GoPro has made it clear they are moving their US-bound production out of China by next year as a proactive measure, so they’ll be protected no matter the result of the current trade negotiations. If the situation improves and the tariffs are relaxed, GoPro will still benefit from more diversified production capability. If the tariffs are expanded, then they’ll have saved themselves millions in lost revenue. With no end to the trade war in sight, it seems likely GoPro won’t be the only company restructuring their operations to exploit this manufacturing loophole in the near future.