Over the years we’ve had the dubious honor of bidding farewell to numerous companies that held a special place in the hearts of hackers and makers. We’ve borne witness to the demise of Radio Shack, TechShop, and PrintrBot, and even shed a tear or two when Toys “R” Us shut their doors. But as much as it hurt to see those companies go, nothing quite compares to this. Today we’ve learned that Maker Media has ceased operations.

Between the first issue of Make magazine in 2005 and the inaugural Maker Faire a year later, Maker Media deftly cultured the public face of the “maker movement” for over a decade. They didn’t create maker culture, but there’s no question that they put a spotlight on this part of the larger tech world. In fact, it’s not an exaggeration to say that the shuttering of Maker Media could have far reaching consequences that we won’t fully understand for years.

While this news will surely come as a crushing blow to many in the community, Maker Media founder and CEO Dale Dougherty says they’re still trying to put the pieces together. “I started the magazine and I’m committed to keeping that going because it means something to a lot of people and means something to me.” At this point, Dale tells us that Maker Media is officially in a state of insolvency. This is an important distinction, and means that the company still has a chance to right the ship before being forced to declare outright bankruptcy.

In layman’s terms, the fate of Make magazine and Maker Faire is currently uncertain. The intent is to restructure the organization and rehire enough people to keep the brand alive, but it may take rethinking their business model entirely. While they aren’t looking to crowdsource the resurrection of Make, Dale said he believes the answer may ultimately come from the community’s willingness to financially support them, “my question is can we perhaps rely on the community to offer support for what we’re doing in ways we have not asked for in the past.” Ideas currently being discussed include the sort of annual membership and pledge drives used by public broadcasting.

It’s impossible to overstate the positive influence that Make has had on the public’s perception of DIY. It put on a global pedestal the sort of projects which otherwise might have never been seen outside the basement workshops or garages they were constructed in. Through their events and outreach programs, Make showed an entire generation of young people that building something just for the joy of building it was something to be proud of. Make proved that nerds could be cool in a way that had never been done before, and worryingly, may never be done again. Let’s take a look at that legacy.

When the first issue of Make hit newsstands nearly 15 years ago, Maker Media didn’t yet exist. At that point, the magazine was managed by a division of O’Reilly Media that Dale founded. Within the first year, Make became so popular that they decided to bring the “show and tell” concept of the magazine into the real world with the very first Maker Faire held at the San Mateo Fairgrounds in California. 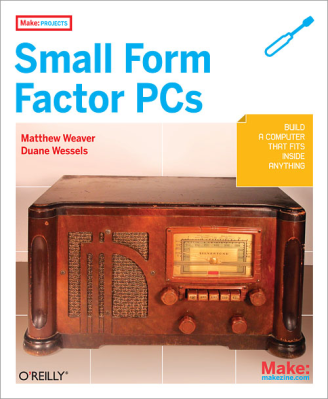 From that point on, the Make brand seemed unstoppable. It spawned a whole line of books that drilled down into specific facets of the maker community, and after a few years, there was even a more artistically themed spin-off magazine called Craft. Many will remember there was even a short-lived Make: Television program that aired on PBS in 2009.

Maker Faire also saw astounding growth. Approximately 22,000 people attended the first Maker Faire in 2006, but by 2011, cumulative attendance to the primary events held in New York and California had skyrocketed to 175,000. The next year, “Mini Maker Faires” started sprouting up all over the United States to cater to those who couldn’t make it to the coastal events. All told, Maker Faire events were soon playing host to over a half million annual visitors.

It seemed the world couldn’t get enough Make content. Some argue that the meteoric rise of the DIY culture pre-2010 was due to a slumping economy: high unemployment and low disposable income meant people were more likely to build something for themselves or repair what they already owned rather than buying something new. Whatever the reason, Make was clearly on the forefront of something huge.

Creating A Brand for Makers

By 2013, the decision was made to spin the Make empire off into its own company, Maker Media, with Dale at the helm. The new company would not only oversee the magazine, books, and live events, but also developing new products and services as part of what was already being called the “Maker Movement. O’Reilly Media founder Tim O’Reilly believed that it was time for Make to grow beyond its enthusiast roots, and become the cornerstone of a whole new market: “A movement that began with enthusiasts has turned into an entrepreneurial revolution. As an independent company, Maker Media will be able to accelerate its growth and develop new services for the maker community.”

The new CEO of Maker Media also believed it was time to recognize the movement had grown beyond its humble beginnings. “While MAKE started out with geek hobbyists, the audience now includes families who look for fun, educational projects to do together, ” Dale said in a post to the Make website. “It also includes makers who are developing new products and services for other makers and other audiences. It includes professional engineers and industrial designers.”

Investors seemed to agree, with Maker Media securing $10M in two funding rounds between 2013 and 2015. That same year, with events now as far out as Cairo and Hong Kong, Maker Faire attendance broke 1.2 million. By any metric, Maker Media seemed well positioned to be the defacto leader of the DIY movement that was now become a worldwide phenomenon.

With that much momentum, and just four years after the last influx of funding from investors, how can it be that Maker Media is teetering on the edge of bankruptcy? With the benefit of hindsight, we can see that 2015 ended up being something of a peak for Maker Media: while cumulatively Maker Faire events in 2017 surpassed 1.5 million visitors, since that point there’s been a steady decline in attendance for the flagship events in New York and California. The company was forced into laying off some of their staff earlier in the year, and just last month, we reported on the possibility that the flagship Maker Faires might be coming to an end.

It’s difficult to nail down what went wrong, but part of it could simply be that the “Maker Movement” was content with remaining an underground niche. The glitz and glamor offered by Maker Media just wasn’t what they were after. In his announcement of Maker Media, Tim O’Reilly made a comment that today seems nothing less than prophetic: “The problem is that, as has often been said about AI as well, as soon as something crosses over into the consumer realm, it’s no longer seen as “makerish.”

In Fear and Loathing in Las Vegas, Hunter S. Thompson reflects on the failure of 1960’s counter-culture to spread despite the incredible momentum it seemed to have at the time, saying: “with the right kind of eyes you can almost see the high water mark — that place where the wave finally broke, and rolled back.” This moment might be looked back on as the point where the wave broke for the Maker Movement, but we still have a chance to decide how far it will roll back.