3D printed face shields and other health equipment is big news right now. Not long ago, Prusa Research rapidly designed and manufactured 3D printed face shields and donated them to the Czech Ministry of Health. Their effort is ongoing, and 3D printers cranking out health equipment like the NIH approved design has been peppering headlines ever since.

The implied takeaway from all the coverage is that 3D printers are a solution to critical equipment shortages, but the fact that 3D printers are involved isn’t really the important part. We all know printers can make plastic parts, so what should be the real takeaway? The biggest lessons we can learn about Prusa’s ongoing effort are related to how they’ve gone about it.

The situation was that health workers were short on face shields (among other things) and the usual supply couldn’t meet the demand for items that were needed yesterday. Prusa Research was able to create a design, and validate it with experts and end users in record time. Confirming that a design meets actual needs is an important step, but it’s not the only one.

Just as important is ensuring that a design’s execution is appropriate for the environment, and that meant conferring with experts and getting their buy-in and approval. In the case of the face shields, manufacturing them needed to go hand-in-hand with proper handling and packaging. Josef Prusa spells it all out carefully in his original blog post, along with making it clear that making face shields wasn’t the only solution explored, but it was identified as the one that was most appropriate at the time.

It’s one thing to run some 3D printers and drop off the resulting box of parts if all one is interested in are high fives and congratulatory selfies, maybe a triumphant social media post on the side. But if solving a problem meaningfully is the real goal, then the bar is set somewhat higher.

How to Make Sure a Solution Actually Solves Something 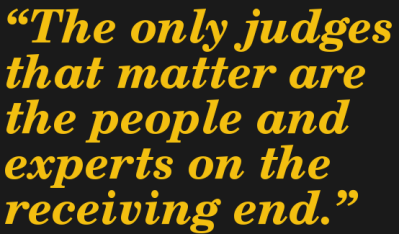 Prusa Research did many things besides design and 3D print face shield parts. They coordinated closely with end users and experts, validated the design with them, and delivered something that met a specific need in a very short time. It’s a brilliant story, but it’s an even better example of how to make certain that an engineering solution actually solves a real problem.

How does one make sure a problem-solving effort is appropriate? Follow these three simple (but not necessarily easy) steps:

How does one judge whether a solution does in fact accomplish those things? The only judges that matter are the people and experts on the receiving end, so it ultimately must come from them. Otherwise, as our own Jenny List observed, swooping in with an engineering solution may feel good, but probably won’t accomplish much besides a boost to one’s ego.

The 3D Printing is Solved, But Other Problems Exist

Besides what Prusa Research is doing, there are other organizations eager to leverage 3D printing to help with equipment shortfalls and a lack of headlines. Running 3D printers is a solved problem and a workable design is out in the wild, but that still leaves other problems such as:

Here are two different efforts that try to focus on those connected problems.

A Canadian initiative acting as a portal to connect people who volunteer to make things with the people and organizations requesting those things. It’s being spearheaded by Shop3D who aims to provide pre-paid shipping labels and, as necessary, refund material costs for volunteers able to turn excess filament into face shield parts. (Volunteers need only make the 3D printed parts; other components such as clear plastic sheets are being donated by other suppliers.)

This approach is interesting because the problem being addressed is that the two groups involved — makers on one side, and medical personnel on the other — are not normally the same people. By providing a portal to allow volunteers to make and users to place orders free of charge, it removes the need for the two groups to have to know each other.

This nonprofit fundraiser by 3DHubs also aims to cover the costs of manufacturing medical equipment (at the moment, only face shields) and provide a way for people and organizations worldwide to request them free of charge. Their approach is to use crowdfunding (and 3DHubs’ global network) so that the funding part can be completely separate. As a result, the locations of the makers, the end users, and the ones picking up the tab don’t matter very much.

How well either of these initiatives succeed will probably be clear sooner rather than later, but what’s clear right now is that they both demonstrate trying to solve problems for which the 3D printing is really only a small part, and that’s good to see.

Every day brings change and news. If you have read the blog post I mentioned from Prusa in the past, it has probably been updated since you last read it. If you saved their 3D printable face shield design, it has probably been revised more than once since you downloaded it. 3D printing is agile enough to keep up with rapid change, but it’s ultimately only one piece of the problem.

Do you know of any other efforts to solve problems around this issue? Let us know in the comments.