“Neat, You Should Patent That!” 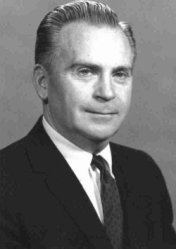 Early windshield wipers came with two settings: on and off. If it wasn’t raining very hard you had to turn the wipers on, then off, then on again a few seconds later. One of those minor annoyances, but an annoyance, nonetheless.

If you’ve driven a car made in this century, you know how an intermittent wiper works. You flip the switch and the wiper blade makes a pass. Then it waits a long time — usually a selectable long time — before it sweeps again. Just the ticket when you have a little sprinkling going on. Is this a solid enough invention to file a patent?

Patent law is a strange thing. An invention has to be non-obvious. You could argue that a wiper that pauses a bit ought to be pretty obvious, but there are several patents for just that thing. In 1923, Raymond Anderson patented an electro-mechanical design. He also mentions that others have made intermittent wipers using solenoids, but they were noisy. So the idea had to predate this 1923 filing. Like many things, it wasn’t a very practical idea until transistors came along. A British car maker’s engineer, J. C. Amos patented a solid-state intermittent wiper control circuit in 1961.

In 1964, three years later, Kearns patented his design. We aren’t patent lawyers, but it seems like people had thought of the idea and that using a transistor and an RC network to accomplish the goal probably was not novel. However, regardless of what you think of the grounds, Kearns got his patent. So we are halfway to our inventor-makes-good Cinderella story, right?

Windshield Wipers Inspired By the Eyelid

Kearns said that he had thought about the wiper because of an event that happened a decade prior while on his honeymoon. A champagne cork hit his left eye leaving him legally blind on that side. While driving through light rain, he found the wiper blade was distracting his already impaired vision. He thought about how the human eyelid didn’t blink on a fixed cycle and decided to try making a prototype. 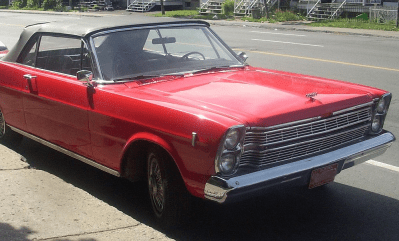 He built a lab in his basement and used a windshield from the junkyard to do tests. In 1963, he had a prototype attached to a Ford Galaxie convertible. He drove that car to a meeting with executives at Ford.

Ford seemed interested but made no promises. They did ask him back for a second meeting, though. That meeting was with engineers who asked a lot of questions. They were apparently working on their own system for the upcoming Mercury. They continued to meet for two years, but Ford never offered him a business deal. By 1965, Ford stopped calling. I’m sure you can see where this is going. In 1969, Ford started offering electronic intermittent wipers.

In 1976, Kearns’ son Dennis took apart a wiper control box from a Mercedes-Benz. The circuit inside was an exact copy of the circuit in his Father’s patent. Kearns started looking at patent filings by Ford, General Motors, Volkswagon, and others. They had all just copied key elements of his design.

Kearns filed lawsuits in 1977 against several car makers. While he had some legal help, he mostly acted as his own attorney. That cost him as apparently several cases were dismissed on technicalities an experienced attorney would have handled (for example, missing a deadline to file). It took 13 years, but Ford finally settled for $10.2 million. In 1992, Chrysler lost to the tune of $30 million, but an appeal and an attempt to go to the Supreme Court meant he didn’t really see that money until much later.

The cost was high. Kearns spent a lot of money pursuing these cases. He suffered a nervous breakdown and his long-standing marriage dissolved. While $10 million sounds like a lot — and that value in 1990 is closer to $20 million when adjusted for inflation — the real damages could have been much worse. In 1990, Ford had made 16.8 million cars with the wipers subject to the lawsuit. Kearns had been seeking $50 per infringement which would have over $800 million.

The carmakers did wait Kearns out in one way. By the time the cases settled, the patent had expired, meaning he only received damages during the term of the patent.

There’s a lot to think about here. While a patent is a great thing, it only helped Kearns because he was ready to go on a decade-long fight with companies that had much deeper pockets than he did. We aren’t sure the original patent was very novel and non-obvious, but the courts held them up, so that’s what counts. 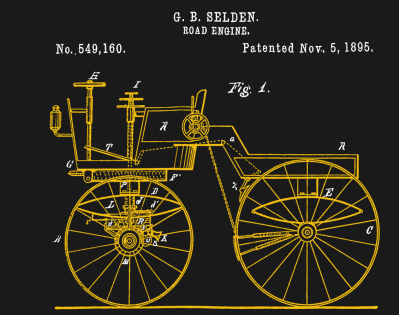 This doesn’t appear to be an isolated incident either. An earlier case mentioned in this 1983 Washington Post article showed that Ford infringed on a power steering pump patent and had to pay a ten-cent royalty on 6.5 million pumps. There have been recent lawsuits over hybrid systems (settled), turn signals, and MIT-developed emissions systems (which they won). Ford’s been embroiled in lawsuits over patents from the very beginning. In 1903, George Selden sued Ford and four other automakers over his 1895 patent for the Selden Road Engine. Selden won but then lost on appeal.

The topic of patents is certainly a messy one. Many think of them as a protection for the inventor’s breakthrough. But then you see that Ford sometimes patents the shape of windshields — possibly to prevent third-parties from making replacements. It isn’t just Ford, of course. Patents have become a dog-eat-dog business tool. Right or wrong, you better have deep pockets to defend your patent.

Kearns, who died in 2005, was the subject of the 2008 film Flash of Genius where Greg Kinnear played the inventor. During his life, he’d filed quite a few lawsuits in his quest to protect his patent.