We keep finding more great space stories than we can cover, so here’s a speed-run through the broader picture of the moment as it applies to space flight.

The big news this week was the first launch of a manned SpaceX Crew Dragon capsule to the ISS. I was excited because the pass en route to the space station was scheduled to be visible from the UK at dusk, and on Wednesday evening I perched atop a nearby hill staring intently at the horizon. Except it had been cancelled due to bad weather. The next launch window is planned for today and you can watch it live.

Meanwhile, fashion is the other piece of this manned-launch’s appeal. Their sharply-designed spacesuits have attracted a lot of attention, moving on from the bulky functional Michelin Man aesthetic of previous NASA and Roscosmos garments for a positively futuristic look that wouldn’t be out of place in Star Trek. Never mind that the two astronauts are more seasoned space dog than catwalk model, they still look pretty cool to us. Against the backdrop of a political upheaval at the top of NASA, this first crewed orbital mission from American soil since the retirement of the Shuttle has assumed an importance much greater than might be expected from a run-of-the-mill spaceflight.

While we’re on the subject of the ISS, it’s worth noting that we’re approaching twenty years since the first crew took up residence there, and it has been continuously crewed ever since as an off-planet outpost. This is an astounding achievement for all the engineers, scientists, and crews involved, and though space launches perhaps don’t have the magic they had five decades ago it’s still an awe-inspiring sight to see a man-made object big enough to discern its shape pass over in the night sky. We understand that current plans are to retain the station until at least 2030, so it’s a sight that should remain with us for a while longer. 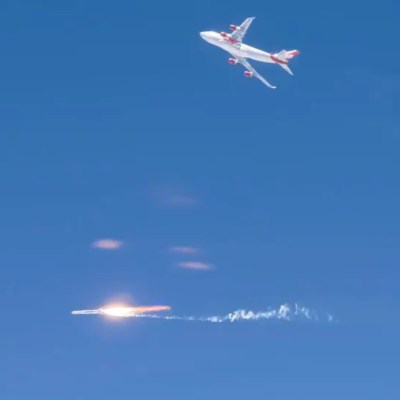 Closer to Earth are a couple of tests for relative newcomers to the skies. When Richard Branson’s Virgin group isn’t trying to boot millionaires off the planet through its Virgin Galactic operation, it’s aiming to cheaply fling small satellites into orbit from a rocket-toting airborne Boeing 747 with its Virgin Orbit subsidiary. Their first test launch sadly didn’t make it to space, once the rocket had flawlessly launched from the airliner it suffered a fault and the mission had to be aborted. Getting into space is hard.

The second test was never intended to make it into space, but is no less noteworthy. The British company Skyrora have performed a successful ground test of their Skylark L rocket, aiming for a first launch next year and for offering low-earth orbit services by 2023. This is significant because it will be the first British launch since the ill-fated Black Arrow launch in 1971, and with their Scottish launch site the first ever from British soil. If you’ve seen Skyrora mentioned here before, it is because they were behind the retrieval of the Black Arrow wreckage from the Aussie outback that we mentioned when we wrote about that programme.

Looking forward to the coming week, especially today’s rescheduled SpaceX launch. This time however, I’ll check the weather conditions before climbing any hills.

19 thoughts on “Spacing Out: All The Orbital News You’re Missing”