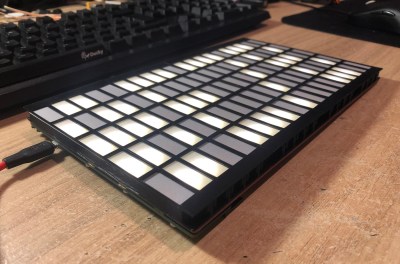 If you find yourself having a similar need to drive an array of LEDs, be sure to read this guide on driving LED matrices for some tips on what’s out there and available.

One thought on “Rolling Your Own LED Matrix Driver, With Copper Foil Tape To The Rescue”