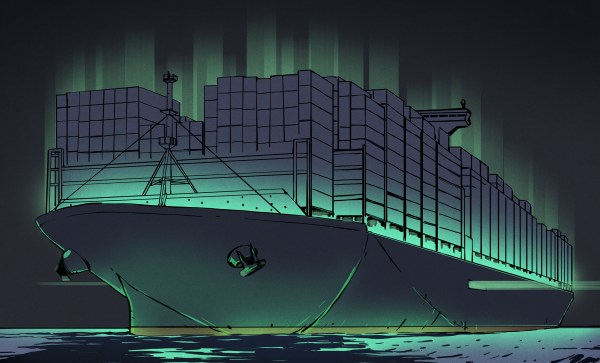 The transport of goods with cargo ships and especially container ships is the backbone of today’s economies, with about 90% of non-bulk cargo transported with them. This is in addition to the large number of oil tankers and LNG carriers. Unfortunately, due to their use of diesel engines they are also responsible for about 3.5% of the world’s CO2 emissions, in addition to 18 – 30% of nitrogen oxide and 9% of sulfur oxides.

Although the switch to low-sulfur diesel (ULSD) and the use of speed limits has reduced some of these pollutants, the shipping industry sees itself faced with the necessity to decarbonize in order to meet the obligations of the Paris Agreement. This essentially means finding a way to switch from diesel engines to an alternative which has comparable or better fuel costs, produces no or almost no pollutants and will not negatively affect logistics.

As a highly competitive, cut-throat industry, this does seem to leave shipping companies backed up against  a wall. Yet an existing, proven technology just so happens to exist already which can be retrofitted into existing cargo ships. END_OF_DOCUMENT_TOKEN_TO_BE_REPLACED 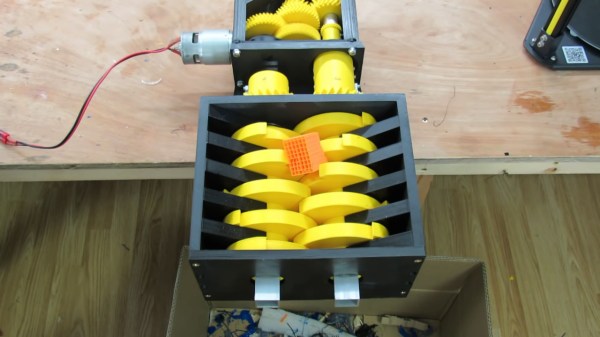 [Brian Brocken] is at it again, building mechanisms that are as striking in their aesthetic as they are in their function. This time around, he’s extended a project we recently featured by adding a menacing 3D-printed shredder attachment. When you hear “3D-printed shredder” you think that paper is all you’ll be able to feed it, but this beast can eat its own by shredding parts from failed prints.

His original goal in building the high-torque 3D-printed gear box we looked at back in August was to show that 3D printed parts can be functional and not merely decorative. Using it as a winch to pull a car did a good job of that, but this goes much further. The very nature of shredder blades is to tear apart objects, but the forces that destroy those things are also present on the shredder parts themselves. Still, as you can see in the video below, the counter-rotating twin-shaft shredder mechanism does its work without catastrophic damage to the blades which were printed with “least 25 percent infill for the structural parts”, and up to five outer perimeters.

The result is a shredder that can gobble up small pieces of failed prints, in addition to chewing on paper, cardboard, and polystyrene with ease. [Brian] does show a few failures along the way, all in the gearbox itself. The first was a defect in the housing that let an gear shaft pop loose and was fixed up with a reprint. The second is a catastrophic gear failure when trying to shred a soda bottle. This is not surprising as PET is quite tough and not brittle like the waste prints were. The shredder teeth got bogged down, and the power of the motor strips teeth from a few gears. But when working, it’s oddly satisfying to watch that powerful gear ratio chip away at sacrificial materials.

If you’re more on the prowl for a way to usefully recycle your plastics, set the 3D-printed stress test of this one aside and take a look at the plastic shredder Fablab RUC built out of metal and plywood a few years back.

END_OF_DOCUMENT_TOKEN_TO_BE_REPLACED 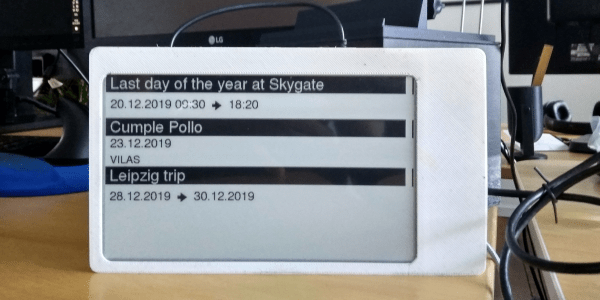 [Martin Fasani] has set out to build a beautiful low power E-Ink Calendar he can hang on his wall. But perhaps more importantly, the work he has done makes it easier for everyone in the future to have a e-ink display. Many battery-powered e-ink projects connect to some server, download a bitmap image, display the new image, and then go into a deep sleep power mode. [Martin’s] project is no different, but it uses a handy microservice that does the conversion and rendering for you.

The firmware for this ESP32/ESP32S2 based calendar is open sourced on GitHub, with a version based on the Arduino framework as well as the native ESP-IDF framework. One particularly fantastic part of the firmware is a C++ component called CalEPD that drives e-paper displays. CalEPD extends the Adafruit_GFX class and is broken out in a separate repo, making it easy to consume on other projects. Since this supports dozens of different e-paper displays, this simplifies the process of building a calendar with different screens. The firmware includes a Bluetooth setup flow from a smartphone or tablet. This means you can quickly configure how often it wakes up, what it queries, and other important features.

The hardware shown in the demo video has a 7.5″ Waveshare screen with 800 x 400 resolution nestled inside a 3D-printed shell. There is also a 5,000 mAh battery with an ESP32 TinyPICO powering the whole system. The TinyPICO was picked for its incredible deep sleep power consumption. All this fits into a frame just 11 mm thick, for which STL files are available. [Martin] continues to work on this calendar display and has recently added support for FocalTech touch panel controllers. We’re excited to see where he takes it next!

This isn’t the first e-ink display project we’ve seen but this is a great reference to build your own. If you need another good starting point, this weather display might give you that little bit of inspiration you need.